Is Your Bedroom Killing Your Alpha?

When a man marries (or moves in with) a woman, there's a long period where things are uncomfortable.  You don't know where everything goes, you don't know about her stuff, and suddenly you're sharing things you didn't used to -- like a bedroom. 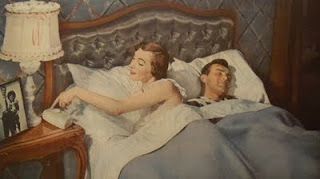 Men like the bedroom.  It's where some of our favorite sex happens.  But all too often over time one of two terrible things happen, and we don't realize it.

First, if you're a parent, your bedroom may become the repository for laundry, exiled toys, and assorted kid crap you want to maintain control over.  Or, for some, a place you can hide all of your messy crap from company if you need to.  Kids are messy, and they make us messy if we're not careful.  And then there's your own crap: exercise machine, decades of SI, action figure collection, whatever.

The second thing that can happen is that your woman, secure in her relationship, decides to "nest" in the glory of her "big girl house" by transforming your bedroom and bathroom to what is undoubtedly Her Domain.  Pillows, artwork, carpet, drapes, from the moment you enter the bedroom, it's Her bedroom . . . you just sleep there. 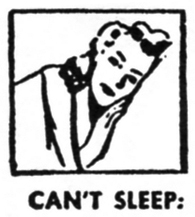 Now neither of those possibilities is very conducive to getting laid.  A bedroom full of kid crap is distracting to the extreme.  If you have very young children, the possibility exists that you will be in your moment of passion and the piles of laundry shift and suddenly you're trying to get your rocks off to "Elmo's Song" as their toys sing at you maniacally.  Kids artwork is great, but it belongs elsewhere -- nothing can throw your Game like suddenly looking up at a hand-drawn picture of you with WORLD'S BEST DADDY on it.  It's heartwarming -- not boner-building. 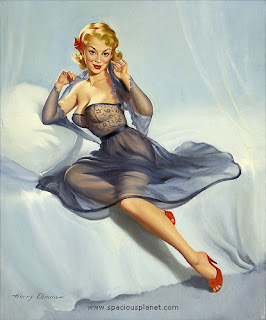 Likewise, if your woman has over-feminized your bedroom with five times the legal limits of pillows, artwork you don't like, or every stuffed animal she's ever gotten, getting laid might be less distracting but also less natural.  Our surroundings influence us, and in the bedroom not only should we feel free to focus on the activities associated therewith, but we should also feel, as Men, that the bedroom includes a mixture of masculine and feminine energies that you both feel comfortable with.

Now that sounds like New Agey crap, but the fact is if you're bedroom is four shades of mauve and you go to sleep every night staring at your wife's prized Angel collection, your bedroom suffers from any sign of you, the Man.  And it shouldn't have to.  The visual portrayal of masculine energy aids in the establishment of masculine self-confidence and pride.  All too often when we marry we automatically defer (in fine Blue Pill fashion) to whatever our wives want to do with the bedroom, because, well, they happen to have the only functioning vagina in the relationship.  As Captain of your ship, you have the right to have appropriate quarters that reflect your masculine soul -- especially when it comes to something as important as poon tang.

So take careful stock of your bedroom this evening -- really look around and take a mental inventory.  Do you like the color?  The curtains?  The bedding?  The bed?  Does your stuff take up about as much room as hers?  Do you have any artwork on the walls to match hers?  Did you choose the carpet?  Do you think the place would benefit from a stuffed moose's head?

Now, I'm not advocating that you turn your marital bower into a sports bar.  But a few pieces of tasteful erotic art, a rug you chose, a bedspread you like, or an award you won are all suggested.  If the place is filled with flowers and stuff you don't know what it is but it looks breakable and important, then get some crap of your own to balance it out.  For every item of decoration she has, you should have an element of your own.  Candles, sconces, dogs playing poker, anything but a busty cheek trying to sell you beer is fair game. Personally, I display a big sharp pointy sword on the wall as a counterpoint to the many feminine objects in my bedroom. 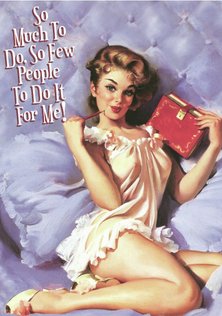 But if you do nothing else . . . get rid of the damn pillows.  She only needs a few.  Unless they are being actively used as sexual props, there is no reason to protect your bed with that many pillows.  Take ownership of your bedroom and let her know that this is a neutral place for you both, not her room that you sleep in.  By sweeping away the clutter, adding a few suggestive pieces, and re-claiming the marital bed in a masculine way you can help bring a little psychological parity into it.  Both of you need to feel comfortable and aroused -- and if you think of bed as "her turf", that isn't going to be easy.

So fellas, do this: clean your room, thoroughly.  Then buy a tastefully masculine wicker basket you can place on your dresser -- you can even find one with a lid, if you'd like.  Then find a tastefully masculine looking container for receipts that ACTUALLY NEED TO BE KEPT next to it.  If so inclined, also include a spare change jar, possibly matching the other features.  Have a trash can nearby, too, if you don't already (and make sure you make a point of emptying the damn thing when it's half full).

When you're ready to bed down, watch, wallet, keys, pocket knife, and other gentlemanly crap in your basket.  Change goes into the change jar -- you'll make it part of your secret nookie fund, if you're wise.  Important receipts in the container (clear to file at the end of the month).  Everything else is trash.

You should never have more than one book and two magazines next to your bed.  Make a point not to let them accumulate.

And clothes . . . get your own hamper.  Seriously.  If it's dirty, dispose of it.  If it's clean (even "mostly clean") then roll it up and place it neatly near by your other clean clothes.  If you're wise, you'll have another, larger wicker basket for such transitional laundry.  But don't throw it on the floor.  Have some respect -- the bedroom is your sexual arena, your stage, your laboratory and workshop.  Treat it accordingly.  Would you go to a mechanic whose tools were strewn all over his garage?  Would you trust a craftsman who couldn't maintain his workshop?  The desire to "mark our territory" with our messes is strong in men, but there's a place for that: the man cave.  Your bedroom is not your man cave.

And ladies, when confronted with this issue, there are a few ways you can choose to handle it.

First, the traditional Blue Pill approach: nag him about it.  That sets up resentment, is a DLV for him, and brings conflict to the issue, because he's going to interpret it as an attempt at territorial control and react accordingly.  He might even do it to temporarily appease you, but before you know it he'll be back to his old habits and you'll be nagging him about it again.

Or you could try the Red Pill approach and manipulate him with sex -- that's good Girl Game.  Believe me, it's your best bet.  Mrs. Ironwood had to contend with that, once upon a time.  After fighting a losing battle with me for years over it, she got sick of the nagging and the passive-aggressiveness of my response.  So for my birthday she bought me a complete, masculine-looking set of wicker and wood containers and included a note that said, more or less, "Organization makes me wet" and then went on to richly reward me for cleaning up my shit.

As the lady said, "A man will put up with just about anything if he thinks it's foreplay".  Just make sure you give him the treat at the end of the trick, make sure he knows it's important and why, and after you've mentioned it once, don't mention it again for a while.  Give him a chance to handle his business.  And if he doesn't -- make him take you to a nice, clean hotel room before you give it up.

Dudes, clean is sexy to women.  Always.  Even when she's being "dirty", she doesn't want to be distracted by clutter, dirt, and dust.  Cobwebs aren't sexy.  Dirty clothes aren't sexy.  So handle your business and clean up your act.
Posted by Ian Ironwood at 4:59 PM