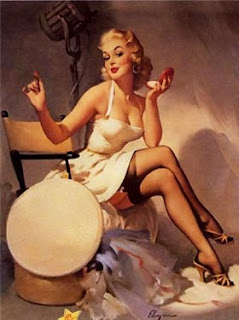 FAIR WARNING: While I am a writer of erotica, you will find no lurid or salacious details about my personal sex life here.  The purpose of this post is to tutor, not to titillate.

From the very beginning of the evening, sex was always on the table.  That was the frame I went into the date with: I'm treating you to a lovely evening of excitement, decadence, and attention, which will culminate in a mutually-satisfactory sexual experience involving a far higher level of expectation than "standard fare".  There was no doubt in my mind -- nor in hers, thanks to my quiet determination -- that sex was part of the evening's plans.

That being said, there's sex and then there's Sex.

Mrs. Ironwood and I have developed a kind of code-word analogy for an ascending level of sexual experiences over the years, using dining experiences as the metaphor.  We like to eat out, so this allows us to discuss sex in front of them subtly and through heavy innuendo. 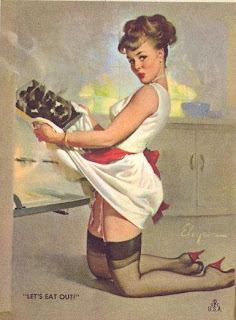 Here are the stages of Married People Sex, via the metaphor of eating out:

1. McDonald's Drive Thru - This is the bare bones maintenance sex, the "lie back and think of England", "Honey, I'm too tired but you go ahead and do your thing", "If you really need it I'm here for you but try not to wake me up" kind of sex.  Vibrators are suggested.  Emergency sex.  Sex when it's not necessarily about anything other than tearing one off.    School-night sex.  Eye contact is optional.  So is consciousness.

2. Golden Corral - Implies no-frills sex, usually no more than one or two positions, without more than token foreplay but with eye contact, kissing, a sweet nothing or two.  Expectations are low for both of you.  Orgasms are often optional, but pleasantly received.  Post-coital pillow-talk beyond the basics is unnecessary.

3. Pizza -   Light to medium foreplay, oral but not necessarily to orgasm, kissing, intercourse with at least two and up to four positions.  Moderate to heavy pillow talk afterwards, then fall asleep drooling and sticky.  Comfortable, pleasant, "was it good for you, too" sex.  Friday night sex, not Saturday night sex.

7. Four Star - Hotel sex.  It's in a class by itself.  You put even the most demure wife in a nice hotel room and the possibilities of invoking her inner slut are limitless.  Hotel sex is a fine art, and like fine art it's ridiculously expensive.  There are countless ways to cut down on the expense for a creatively-minded couple, but unless you're fulfilling your cheap hooker fantasy at a local hot sheets rooms-by-the-hour motel, you're going to spend a couple of hundred bucks on this.  It's worth it.  Two or three nights of Four Star hotel sex a year can go light-years in keeping your marital relationship fresh.  I'll cover this at some point in the future, because it deserves it's own post, but this is the epitome.  There's only one tier higher than this, Hotel Sex In Vegas After Winning Big.

So that's the scale.  When I ask my wife "what she wants for dinner" and she tells me "I'm feeling like Golden Corral tonight", then we have subtly communicated a) a desire for sex, thus controlling the frame and b) a way to respond with an appropriate level of potential interest.  Similarly, if she texts me "Going to be a long night -- looks like drive-thru", I know that my chances for anything elaborate are remote, but she might be up for a quickie, if I'm so inclined.   And if I say "Hon, we need to plan a four star trip soon", she knows precisely what that entails. 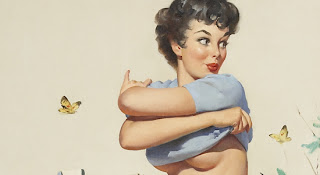 So, back to the Big Date.

Almost by definition, this was a Continental night, and for another hundred bucks I could have sprung for a surprise hotel room and ended the evening in Four Star territory.  But part of my goal for the evening was to ensure that she had a good time and I had a good time, and I knew that a hotel room -- while an extravagant luxury she wouldn't hesitate to indulge in -- would also provide additional problems.

First, there was the issue of her not having the arsenal of potions, lotions, pills and powders she uses to feel beautiful (or at least wipe the makeup off of her face), nor anything to sleep in, nor anything to wear tomorrow.  And while I could have planned for that and added a contingency, the second reason made that moot.

The second reason that I didn't push for Level Seven was that I knew that would make her feel far more anxious than sexy.  Hotel Sex is a major deal, and usually requires preparation on the part of both parties to work right.  Without that prep, done to her satisfaction, then she would certainly feel not just a higher level of expectation but have to contend with that without recourse to the things that helped her feel secure and sexy.  So while a sudden detour to a hotel room would have been exciting, the anxiety involved would have mitigated the all of the good buffing I'd been doing all night.

Besides, we had a sitter.  And while Niece was certainly capable of putting the kids down for the night, our morning routine would be a challenge for her to handle on her own.  Plus, stately Ironwood Manor is fortunate enough to have the master bedroom semi-detached from the rest of the house, allowing a modicum of privacy and a lot less worry about sound waking up the kids through three doors.  Yes, I planned it that way.  We'll cover Setting Up Your Bedroom in another post.

But while we're here, I did make up the bed with clean sheets -- Egyptian cotton, 1000 threadcount, I'm just that way -- as well as prepare some good sherry as a night-cap.  There were also candles involved, but my room is already set up with ample mood lighting, including a skylight that allowed the light of the moon to shine down on our bed in a particularly romantic way.

So once we mumbled hello-goodnight to the Niece and ensured the kids were comatose for the evening, we threw the leftovers in the fridge and made a bee-line for the bedroom . . . where I immediately allowed Mrs. I full use of the bathroom while I finished preparing for the evening.  I gave her the privacy despite being married 20 years for the same reason I kick her out of the kitchen when I'm making something particularly exotic or tricky: working the pleasantly-surprised angle is always a good thing, regardless if you're male or female.  Mrs. Ironwood wanted to not just restore her makeup, etc., she also wanted to get out of the Spanx that were making her life so interesting . . . and there are just some things that even a devoted husband should not see. 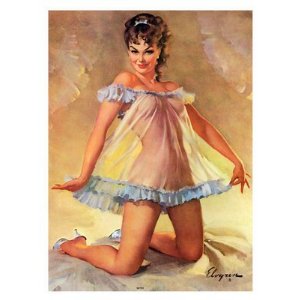 The end result was spectacular, in part because I had pre-selected the lingerie I wanted her in and laid it out while she was elsewhere.  I chose a non-itchy satin nightgown that I've always loved for it's simple elegance, flattering lines, and admirable accessibility -- there are nights for more exotic lingerie, but I wanted to control the frame completely this evening and that meant keeping lingerie from being the focal point.  And yes, Mrs. I complimented me on the thoughtfulness of the selection as well as her appreciation for me taking the guess-work out of the equation.

When she emerged from our bathroom, I had transformed the bedroom with candles, indirect rope lighting, a tray of chocolates (even though we were stuffed), and sherry.  And music, of course.  The Big Band era Swing had done its job -- now I needed something a little more sensual.  I settled for cable's Classic R&B channel, and perchance Barry White was belting out his soulful, sensuous sounds by the bucketfull.

As for my dress . . . I stayed in my suit.  I loosened my tie, a bit, but I stayed in the suit.  Why?  Because Mrs. I really, really likes the suit.  And I wanted to work that for everything I could. 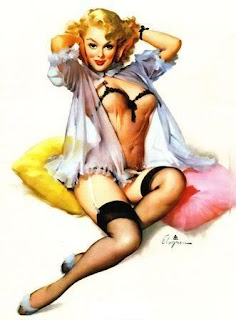 NEXT: Phase VII Coda
Posted by Ian Ironwood at 1:05 PM