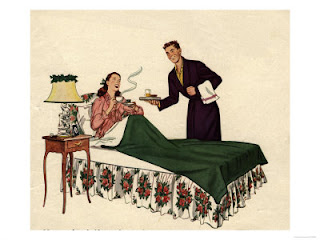 Coda
It's all to simple to want to sit back and rest on your laurels after pulling off the perfect Red Pill date.  I mean, after buffing your SR through the roof and then spending several passionate hours enjoying the fruits of your labors may seem like sufficient recompense for your expense and time.  And if this was a one-night-stand or a booty call, you might be right.
But this is my wife -- the woman who will someday likely drive me to the doctor four times a week for treatment for whatever is going to kill me when I'm 80.  You can't pump and dump your wife -- it's poor form and reduces your SR.  Even just soaking up the vibe of fulfilled contentment, while alluring, isn't what you need to do the next morning.  When you're married, after all, the date is still going on.
I got up the next morning at a ridiculously early hour for a weekend, but I had a mission yet to accomplish.  With Mrs. Ironwood still snoring contentedly away, I snuck out to the kitchen and began making her breakfast in bed.
Aww, I can hear you saying, How trite, contrived and cliched!
Well, yeah.  But there's a reason it's trite, contrived, and cliched -- it works.  And as with so many things, it's really about how you do it. 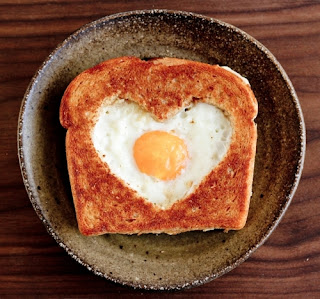 I took our leftovers out of the fridge and began preparations.  First the coffee -- and for this morning I chose a recent Honduran coffee which won the SCAA's Golden Cup award.  Now you might prefer Duncan Donuts brew (It's not bad -- 100% Sumatran Organic) but I wanted something special, and I knew the man who roasted it, personally.  And while the coffee was brewing, I began an omelet.
Now, a lot of men are intimidated by the omelet, mostly because it is reputed to be a difficult and elaborate dish.  In fact, nothing could be further from the truth.  Omelets are easy, if you know a few secrets.
First, start with eggs as close to room temperature as possible, so get the eggs out BEFORE you make the coffee.  Then beat three eggs well with a wisk or fork in a bowl.  Add 1-2 tsps. of COLD WATER.  The rule goes, if you want eggs that are fluffy, add milk (protein).  If you want your eggs to coalesce and remain intact as you fold it around like you do with an omelet, you use cold water to thin the proportions of protein.
Next, get out whatever you're going to stuff the omelet with.  This can be just about anything you like with eggs, but I wanted to reprise the night before, so I grabbed Mrs. I's leftover steak (the one with the Roquefort and balsamic vinegar glaze) and sliced it as thin as I could.  Then I sauteed it in a pan with some mushrooms, onions, a few jaunty asparagus tips, splashed in a tsp. of white wine to deglaze, and a 1/4 tsp of white truffle oil before I took it off the heat and set it aside. 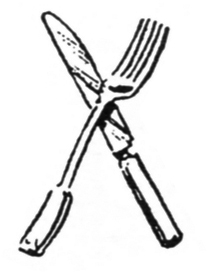 NOTE: Truffle oil, white or black, is for my money the single easiest way to impart a mad amount of flavor to a savory dish without incurring a big fat/sugar penalty.  You'll spend about $10-$15 on a bottle, but you'll only use it occasionally and it should last you at least a year.  But the aroma and the flavor it adds to any dish is amazing.  I've put a few drops in plain Kraft Mac & Cheese to take to a function and had people RAVE about my incredibly wonderful fare.  Truffle oil is such a strong but delicate flavor it's hard to go wrong with it.
Now, to the omelet: Stir up your egg mixture a bit, put a saute pan or omelet pan on the stove on Med-High heat, and spray with a non-stick cooking spray, and as soon as it's hot, dump the egg mixture in and turn the heat to MED.  Then wait a few minutes.  You'll notice, of course, that the eggs around the sides get hard and cooked pretty quickly, but that there's a huge pool of liquid egg still in the center.  So you take your spatula and you gently pry-up the edges of the omelet as it cooks and allow that liquid to seep under the cooked egg, where it will cook and add itself to the omelet one layer at a time.  You continue doing this around the edge of the dish until there is almost no liquid left.
Then you dump all of that stuff you sauteed earlier onto one side of the circular egg disc in the pan.  In my case it was really good steak, mushrooms, onions, and asparagus.  I also added about 2 oz. of chevre goat cheese -- it's like cream cheese only much, much better.  At this point, one side of your omelet should look like a pizza, kinda, and the other should be bare.  This is where you gently force your spatula under the empty side and flip it up over the top of all of the stuffing.  Let it cook a few moments while you're preparing to plate it up.
Getting an omelet out of the pan without destroying it's essentially sandwichy nature is actually pretty easy.  Instead of screwing around with a spatula in an effort to lift the entire thing to a plate intact, try inverting the plate over the pan with the folded omelet, then flipping both until the more-cooked side of the omelet is on the plate -- voila!
Now I could have stopped there, but I also had a half a cantaloupe and fresh strawberries.  I served the latter with a dollop of sour cream and sugar -- really, try it.  Add some whole wheat English Muffins and the coffee, and you've got a highly impressive breakfast in bed in about as much time as it takes to whip up some scrambled eggs. 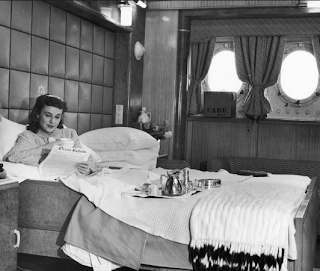 So I woke up Mrs. I the next morning with a steak-and-asparagus omelet, fresh fruit, and coffee.  Needless to say, I was greeted in heroic fashion.  I elected to sit with her while she ate (I rarely eat breakfast) and enjoy my truly exquisite coffee while we discussed the details of the previous evening.
Now, why did I bring her breakfast in bed when I already got my cookies?  Well, for one thing the goal was to inflate my SR and keep it inflated, and by re-engaging her the next morning I quickly kill any idea that I just wanted to get my cookies, and I did, in fact, have an incredibly good time going out with her.
The other advantage to this is that its a great DHV if done properly and unexpectedly.  She knows I can cook and it's hard to impress her with that.  But taking dinner leftovers and re-inventing them as breakfast, that impressed her.  Enough to decide after breakfast (and an extended period in the bathroom) that she was ready for more cookies. 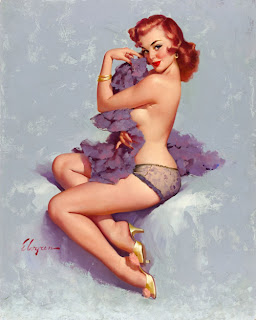 By Noon (yes, Noon -- Pagans don't usually make it to Church on Sunday) we were both thoroughly sated in body, mind, and spirit.  She managed to call four girlfriends, her sister and her mother while I was cleaning up the kitchen, informing them all of her incredible evening, and getting gasps of envy from her best friends.  Her single friends were incredibly jealous, but so were her married friends.  As a mutual friend of ours just mentioned yesterday, "Dude, you done fucked it up and raised the bar for every married man here!".
Preselection and Admiration Buffs: SR +4 (reaction of friends and relatives)
Alpha Wolf Buff: SR +1 (reaction of MY friends)
By treating her thus, I raised Mrs. Ironwood's personal status within her female peer group significantly.  While that group does include more ostensibly attractive women, as well as other women in relationships and plenty of single women, the fact that I a) romantically dated my wife b) spent a LOT of money on the date and c) was not hesitant in the slightest about bragging about it to my male friends (too often as men we feel discouraged about bragging about our romantic conquests, particularly if we are married and there is only one "land" you can legally conquer -- brag about your romantic prowess to your fellas in front of your wife and you get additional points for alphatude), nearly every woman in her group has to admit that her current relationship is not, in fact, that successfully romantic.  Which means I look that much better, and so does she.
But inflating her status and SR was one of the goals -- because as long as she feels good about the date and it meets with the approval of her female peers, then the likelihood she will respond positively to future sexual advances goes up significantly. 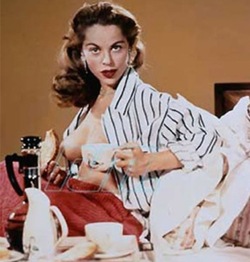 IN CONCLUSION: The Hooker Math
Now, some of you might be literally shitting bricks over the idea of spending $500 on a date -- not a whole weekend, but one date.  It seems outrageously extravagant, and I'm sure you think I'm being a chumpish ATM about the whole thing.  But to use the venerable Athol Kay's concept of "hooker math" (dividing the number and types of sex with a woman by the amount of money you spent on her, adjusted to conform with the price list of the median price of said sex acts by local professionals for the same service), I stand behind my investment.  Because you can't just count one night into the occasion.
It has now been over two weeks since the Big Date.  But it is still paying dividends.
The weekend after, we ended up going to a semi-formal PTA auction, and reprised our outfits from the previous week.  We both looked hot, I in particular got some attention (we have more single mommies than single daddies at our elementary school) which added to my preselection buff, and it certainly helped Mrs. I's status with the other mommies by having me on her arm, and bragging about the previous week's date.  This brought back a complete reprise of the feelings of the previous weekend, and we spent another post-date evening rutting like crazed weasels.  And this time it cost me about $15 in drinks and the purchase of a custom-made hula hoop.
But wait, there's more . . .
This past Saturday, we had yet another series of events.  First the Cub Scout Blue and Gold Banquet, and later that evening a friend's 40th birthday party.  Again we reprised the outfits, re-lived the date, and got all warm and fuzzy again.  Again I caught a lovely preselection and admiration buff.  And, yet again, there was a lot of sex involved, inspired by the date.
So as far as Hooker Math goes, after putting $500 into it, I essentially quintupled the value of my money.  So for an evening out I arguable got over $2500 worth of hot, steamy married-people sex and a wife who thinks the sun rises and sets in my ass.  It wasn't the money -- hell, that was one of the points of this exercise, to do a date without worrying about money.  It was the experience.  I wanted to do it, I made it happen, and I reaped the consequential rewards -- and continue to do so.
Factoring that into the equation . . . that was one of the best $500 I ever spent.
Posted by Ian Ironwood at 3:22 PM