Class of 2018 Challenge: Building The Frame

While some of you are, indeed, taking the AFC Spreadsheet Challenge, one of my readers pointed out that we're missing an opportunity to instruct the rising class of freshmen college men in a prophylactic dose of the Red Pill.  These poor bastards are about to walk into a tempest of dangerous collegiate pussy, dark times and potentially disastrous choices.  My own nephew, Cal, is headed off to a party school for his freshman year this fall, and I've done my best to inoculate him to the dangers of college-level pussy.  If you want to see a run-down of what I covered, most of it is in the Red Pill for Boys section at the top of the page.  Basic stuff. 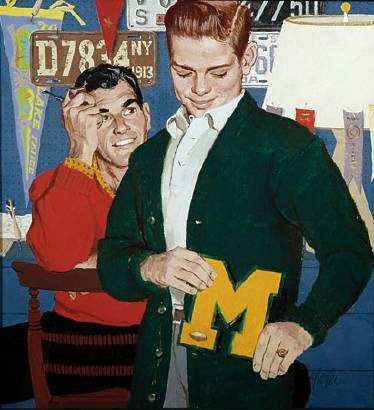 Of particular mention should be the issues of Hypergamy, the Fungability of Women, Maintaining Frame, Male Dominance in Sexuality, Alpha Fux/Beta Bux, Don't Stick It Into The Crazy, Female Sexual Psychology, the Rationalization Hamster, and Covering Your Ass.

Recommended reading would include everything from Rollo Tomassi's The Rational Male, to Roosh V's library, to Athol Kay's Married Man Sex Life Primer (best intro to Red Pill and Game I've run across) to Bachelor Pad Economics by Captain Capitalism to . . . well, if you're at all familiar with the Red Pill and the Manosphere, you'll know where to point them.

But guiding our young men through the minefield that is campus sexual politics is vital, particularly now.  Campus feminism is a driving force in our cultural debate, and the young men at its mercy are particularly vulnerable to its savage nature.  Giving them the armor to defend against it is our duty.  Giving them the weapons to counter it is in our best interest.

Imagine, for a moment, what would happen if the men of the Class of 2018 made an unofficial pact not to have sex with feminists?  That is, at the first whiff of feminist rhetoric, these young gentlemen make a point to "next" the confused young lady?  And then spread the word about her?  What happens when all of those young, horny college women who are so indignant about the terrors of male sexuality can't get laid on campus?  When the first mention of "rape culture" or "misogyny" or "The Patriarchy" ends in an amused smirk and the dude walking away?  What happens when men on campuses across the country start maintaining the frame that feminism is an unacceptable risk in a sexual relationship for a young man?

If it becomes understood that feminism is a severe negative factor in a young woman's social life, that it is damaging to both her SMV and her MMV, then regardless of the screeching rhetoric, the female imperative will override the ideology of feminism.  If you examine the social lives of young feminist women in college, once they get through their flirtation with lesbianism they stalk frat parties and off-campus keggers on the prowl for cute soccer players and tall Alpha upperclassmen with cool stories about Amsterdam before they go back to their dorms to call their orbitors and girlfriends.  What if that stopped? Women make their sexual decisions opportunistically, and by denying young feminist women access to the carousel they've come to college to enjoy, or at least encouraging our young men to make mating decisions which do not reward a feminist mindset, the enthusiasm for such excesses will die down dramatically.

Sure, there will always be the progressive fringe element, strong, independent feminist women and their dickless Beta boy lackies.  Hell, the Red Pill young men would be doing those chumps a favor by choosing not to favor their feminist overlords with the back room drunken Alpha Fucks they crave.  They might actually have a shot in those desperate late hours when their female peers in equality come back from a cattle call rejected, dejected, and increasingly desperate.  Even a broken clock is right twice a day.

We need to teach these young men to maintain the Frame of Masculinity and hold to it steadfastly.  The seductive nature of the campus environment allures them into tempest of hormones.  Putting them on the path to manage their reproductive and mating strategies effectively, with the help of the Red Pill, could be a turning point.

So I challenge each of you who reads this blog to look out for the young men in their life.  Queitly - ever so quietly - take them aside and explain that there's some . . . hidden knowledge that it is time they learned. 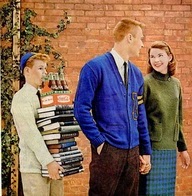 And that's a key point as well: the first rule of the Red Pill is that you don't talk about the Red Pill.  Except in certain key situations. This is one.  Make certain that they understand that rule.  The goal here is not to start a bunch of derpy campus organizations for men to counter the feminist inclination to do so, get their names in the news, and start a nasty op-ed war in the campus newspaper.  The goal is not to organize our demands and insist that they be met.

That's the Masculine Frame we can build.  Knowledge is power, and we have a shit-ton of it here.  Impressing on them the need to cultivate strong male bonds, investing in their bodies and their educations, seeing themselves as strong, independent men in their own right, unbeholden to feminism, women or the feminine imperative.

So what Red Pill advice would you give an 18 year old college freshman today?
Posted by Ian Ironwood at 10:42 AM