I don't often call out other folks' blogs, mostly because I'm lazy, but I had to overcome my usual summer inertia this week for the honor of being the godfather to a new blog focused on the Puerarchy. 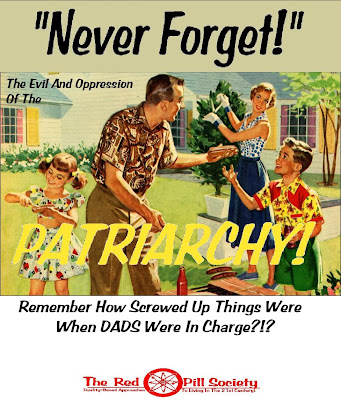 The blog is helmed by Morpheus Manfred, the brain behind The Red Pill subreddit and various and diverse other contributions to the Manosphere.  Morpheus finally drank the Kool Aid in a big way and started his own blog devoted to the Puerarchy, an important and valuable component to the Manosphere that deserves proper celebration.  From the first few posts, it looks like it's got a great start.  Morpheus invited me to do a guess post, so I broke my unintentional summer hiatus and gave the blog a proper welcome.  As its fairy godfather, I felt I could do no less.

Good luck to the Puerarchy.  There are a lot of young men out there looking for an age-appropriate expression of masculinity.  Short of joining the Army or taking up deep sea fishing, the Puerarchy promises a method of doing so which has the dual benefits of honing valuable Game skills and scaring the hell out of feminists.

Revel in the glory of that youthful surge of testosterone that makes you brave, stupid, and (eventually) humble.  Respect your respectable elders, reject ideologies that punish you for the crime of being male, defend your brothers even as you steal their cigarettes, beer, and occasional girlfriend, and be true to your selves, because no one else is going to do it for you.

Living well is the ultimate form of aggression, Gentlemen.  Do so with style, sophistication . . . and volume.
Posted by Ian Ironwood at 10:49 AM 12 comments: