Have Yourself A Very Red Pill Christmas

As the countdown to the holidays begins in earnest, there will undoubtedly be times in which you are thrown into a social situation with a self-declared SJW.  This can happen at virtually any time, and you can be accosted for just about any perceived transgression in an airport, on public transportation, at company parties, and, of course, the informal social gatherings that proliferate at this time of year. 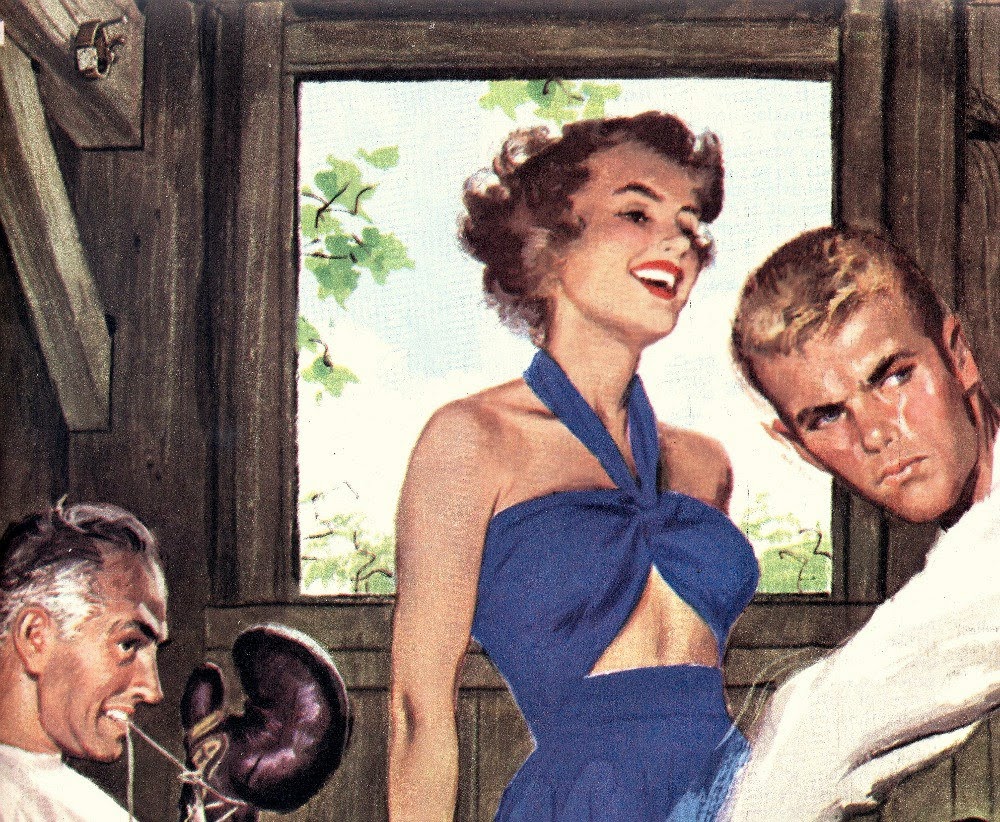 I was expecting to break my blog silence with one of my traditional wall-of-text posts, which is still in the works and forthcoming.  But as I was flipping channels, after the last of the mid-season finales aired, I came across one of those unscripted reality shows featuring one of those super-huge, I-can't-believe-I-ate-the-whole-box-of-fertility-pills families. The scene showed the brood enthusiastically participating in the rituals of Christmas, and frequently cut from shots of cute kids doing horrible things to gingerbread to the husband-and-wife post-mortem interview.

The husband was bravely trying to put a good face on the Christmas-gone-awry, and in typical adoring Blue Pill fashion he gave all the credit to his wife.  In fact, he said something along the lines of

"...and none of it would have come together without the hard work of my wife."

But, apparently, such a self-deprecating and humble bit of praise wasn't adequate.  Instead of smiling thankfully and gratefully of his acknowledgement of her hard work and planning, she grimaced and growled: 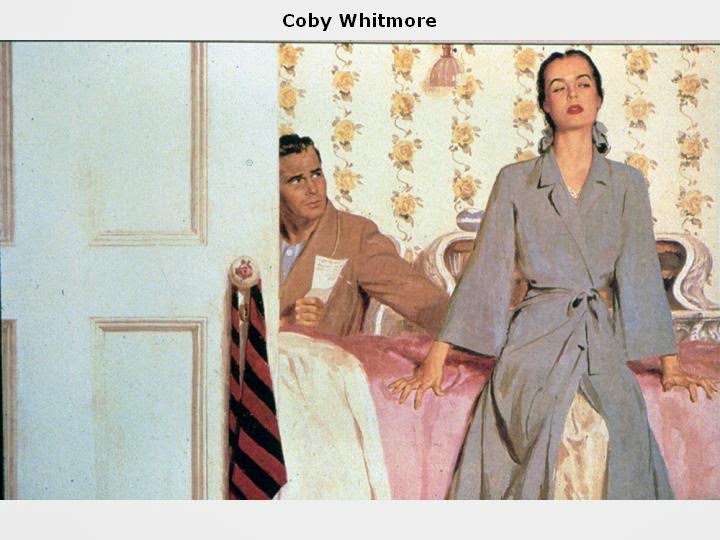 He didn't call her a bitch, a cunt, a whore, a slut, a goldigger, or any number of other bits of borderline misogyny to cause offense - the thing she objected to was being referred to as "his wife".  Blue Pill Boy immediately corrected, restating the latter half of the sentence using her proper name, but the look on his face said everything.  This, clearly, was a woman who did not value either her husband OR their marriage enough to embrace the title.

This would be shocking, if it wasn't also so abysmally common.  One of the most insidious cultural factors eroding the support and strength of modern marriages is the post-modern equal-partnership model (Blue Pill Standard) popular amongst the college-educated and forward-thinking.  This model evolved following the Great Divorce-a-Thon in the 1970s, in which newly-empowered wives took Second Wave feminism to the end-zone, essentially re-writing the script on men without their consent or consideration. 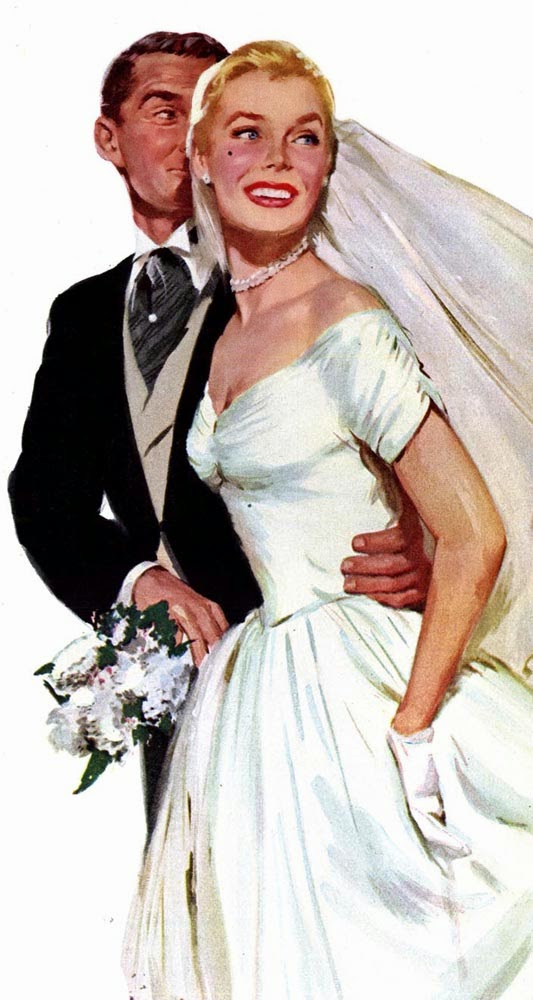 The BPS marriage emphasizes equality, of course, but in doing so it neutralizes those gender-based traits that actually help a marriage survive and thrive.  Women who insist on keeping their maiden name or hyphenating are sending a clear signal to the world - and their husbands: "I'm more concerned about my own aggrandizement than I am the success of this family".  Women who refuse to be called "Mrs.", and who even get angry if you refer to "her husband", as if such a dirty secret should be whispered in hushed tones, have helped denigrate the cultural underpinnings of marriage.

And then we come to those who actively eschew being called "wife".  After all the struggle for the dress and the ring and the party, they don't actually want the title.  Or, as far too many poor idealistic men have discovered over the last two decades, the job.

If the current Sexodus of men from marriage is disturbing to women, feminist and non-feminist alike, part of that reluctance for men to marry or even to commit is due to the injury feminism has made to the institution.  Feminism de-valued marriage from a monumental life-altering event in two people's lives to an aggrandized cohabitation agreement.  Feminism sees marriage as a temporary condition, a perspective at odds with most men's conception of marriage.  And the reluctance to embrace the idea, much less the term, of wife-hood has in turn given men little incentive to marry and every incentive to reconsider the entire topic of marriage. 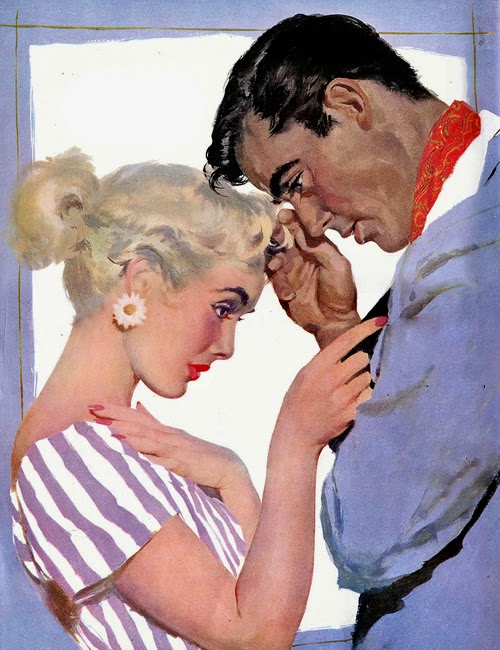 "Don't call me that!" is an acid blast of feminine imperative to the masculine solar plexus.  When a woman openly - publicly - repudiates her union with her man by treating the title "wife" as an insult or slur, then that woman is demonstrably unsuitable for marriage.

Nor is this the first time I've noticed this.  I watched a feminist friend of mine almost have a mental meltdown when she had to refer to her former fiance as "her husband".  She looked guilty and ashamed . . . of him, not the ring.  She waved that sucker around like she was trying to land a jetliner.

I've seen other women admit to having husbands like they'd admit to having herpes.  There's an almost apologetic air to the admission, as if they have lost a bet or assumed an unfavorable mortgage. In conversation they may even go so far as to praise their husbands for some little thing, but this is almost inevitably followed with a disclaimer, as if a husbandly achievement is so remarkable for its own sake that no further elaboration is necessary.  "He actually got the kids up and off to school on time.  Even made lunches."

Seeing a woman openly bridling at being referred to as a wife by the ONE PERSON ON THE PLANET with the right to do so is brutally telling.  As a means of psychological control in the relationship it is almost ideal.  In rejecting the idea of "ownership" feminism considers implicit in the patriarchal oppression of matrimony, feminism also poisons the well for non-feminists by devaluing their own service and devotion to family.  When "wife" becomes a curse-word, you can just bet men will be glad to use that as a rationalization to further avoid commitment.

The Red Pill approach to this matter is very straightforward.  For single men, believe it or not it is actually in your best interest to respect the institution of marriage in your speech and actions, no matter how galling the expression.  Treating husbands as the de facto heads of households during social events will infuriate feminist wives, as will being referred to as "Harry's wife."  Denigrating marriage almost never gets you laid - even if you're looking to spin her into a plate, every woman looks for that impossible ideal of the bad-boy-turned-super-dad.

That doesn't mean you have to be vocally enthusiastic about marriage, either.  By cultivating the idea that marriage is a rare and special privilege reserved only for the most elite among women, you establish by your attitude the context you need to inject Preselection into your Game without actually having another woman around to do it for you.  By expressing your great reverence for marriage along with your cynicism that you will find a worthy-enough woman to become your wife, you set up a high bar that any woman of your intimate acquaintance is going to pay attention to, regardless of whether or not she is actually entertaining thoughts of a commitment.  Being pro-marriage earns you feminine respect, and being inherently reluctant to spend that precious coin on anything less than a unicorn makes you exceptional. 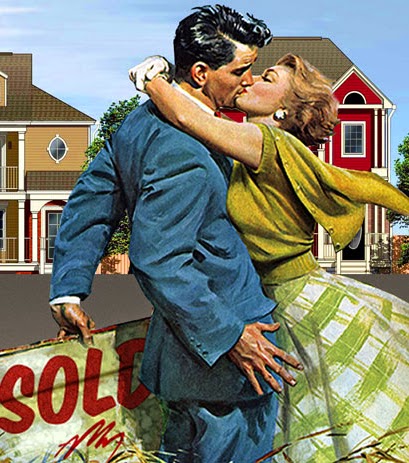 The other advantage to being pro-(good) marriage is that it can cultivate you allies among married men. While a number of single dudes rightly suspect marriage in general, when they do meet someone who does it successfully the last thing you should do is try to pick apart a man's relationship.  The code among gentlemen has always been to support a man, once he has made the decision to commit.  It may have been the last free decision he ever made, but once made it should be respected, not denigrated.  When some young buck calls you an idiot for the sacrifices and hard work you've made over the course of your marriage, the inclination to intervene on his behalf with the police later that evening when things get out of hand will be far less compelling.

Similarly, when an old girlfriend shows up to the party and you can hook your solid, single pal up, you're going to be a lot MORE inclined if he didn't talk shit about your marriage.

There are those who maintain that marriage is essentially a Blue Pill sucker's game.  I disagree.  The growing number of Red Pill marriages (plug for r/marriedredpill and r/redpillwomen) prove that there are ways to do it right . . . and they don't involve shying away from calling your wife by her title.  Indeed, the embrace of "outdated gender roles" and the glorious acceptance of a complementary approach to matrimony based on equilibrium, not equality, are hallmarks of these marriages.

Call your wife "your wife".  It's helpful social mate guarding and yes, it does imply a sense of ownership.  You do have papers on her, after all.  Go further, if you wish, and call her by title: "Wife! Can you fix me a cup of coffee, please?" 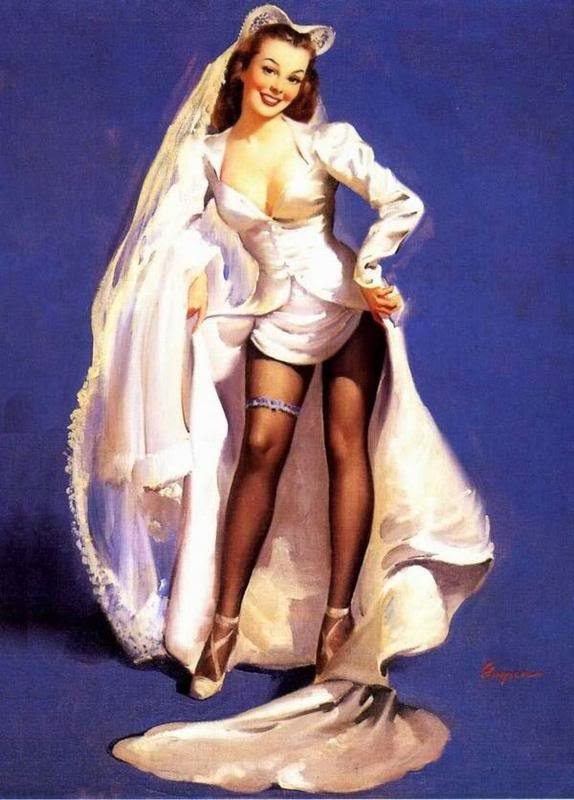 Similarly, for Red Pill Wives calling your husband "Husband", as a proper title of address, helps reinforce not your chattel property status, as feminism claims, but your mutual roles and areas of responsibility in the common enterprise of running the ship.

"Husband" and "Wife" are job titles, and by referring to them you help shape a family culture that emphasizes the dual and complementary nature of the endeavor.  And yes, that implies a lot of "baggage": preconsent (in general) to sex, common property, inheritance, differing gender-based responsibilities to house and home.

A woman who shuns the term doesn't deserve it, A woman who embraces it should be celebrated by having the title used as it was meant, as a term of social respect.  Men socially ennoble women by virtue of our commitment, and it's rude of you not to re-affirm that commitment publicly by not using it.

So this holiday season don't shy away from using the terms - instead, help combat the rising tide of anti-marriage propaganda by treating the institution with the respect it deserves.  When most men make it clear to most women that wedding cake is only for the very best among them, then you will inevitably see a shift in perspectives.  And when you make it clear that the title you respect most isn't "CEO", "CFO", "President" or "Director", but "Mrs.", you will begin to see some erosion on the other side of the river.  Because when feminism runs afoul of the Feminine Imperative (which prizes male commitment), feminism inevitably loses. 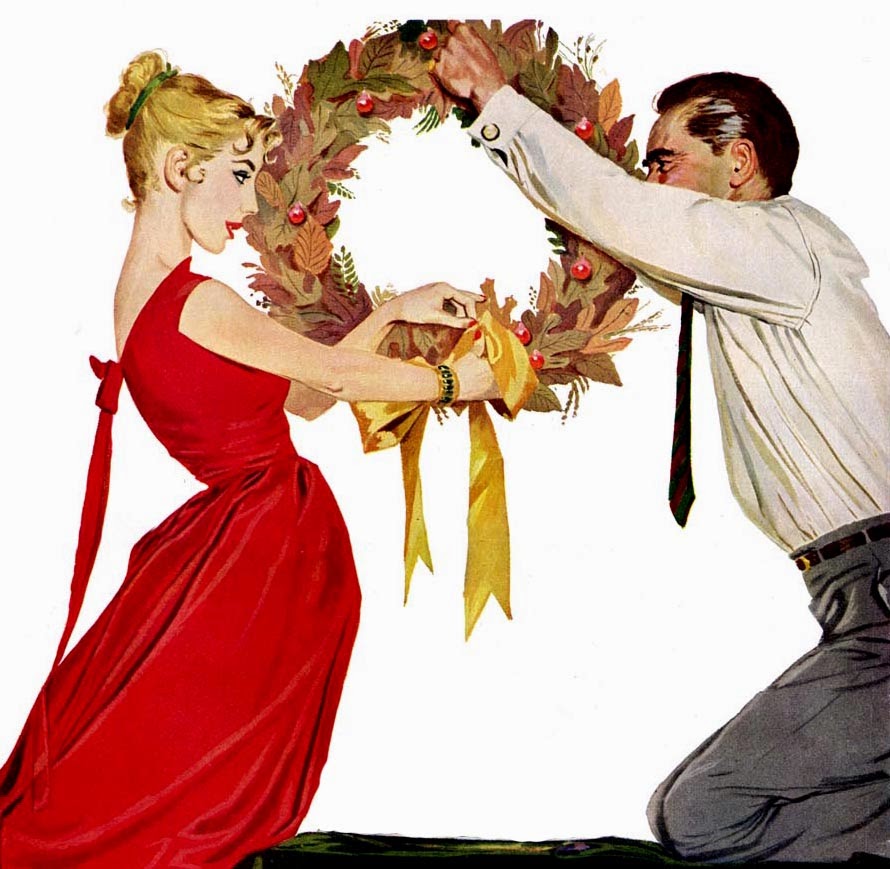