Vox had a commenter who expressed a deep interest in Sigmas, bucking the Alpha trend.  I approve, of course, being a Sigma who has learned to present Alpha when I want.  It gives me some insight on the subject.  Sigmas are not rare in the wild, but they are uncommon.  And they are uncommonly intriguing mates.  Some have expressed that Sigmas are a kind of mythical unicorn.

But Sigmas aren't unicorns.  They're centaurs. 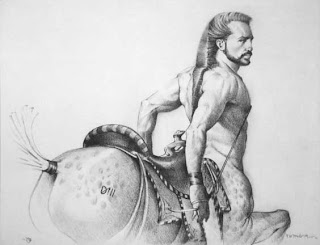 Sigmas are a mystery by design, and in their immature form can resemble hapless Betas, misguided Gammas, or even a desperate Omega, for short periods of time.  That is because they don't come by social skills naturally, they usually have to observe and consciously integrate them.  Especially about sex.  The immature Sigma can stumble and flail wildly with this subject in his early years because he hasn't yet discovered a comprehensive set of instructions on how to properly dip his wick (i.e. Game), but the desire to do so is very much there. 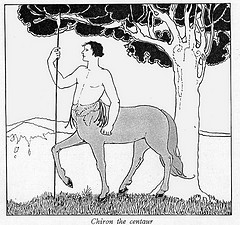 The centaur represents the cthonic combination of the primal strength and majesty of the horse with the manual dexterity, intelligence and reason of a man.  In mythology, centaurs were either rapacious beasts or wise counselors, or some combination of the two.  That's a Sigma: incredible passion and incredible intellect.  In an immature Sigma, the Beast often rules, to disastrous result.  As the Sigma matures, however, he tames his passion with reason, intellect, skill and education, essentially harnessing the beast to his command.  A Sigma who develops self-mastery transforms from a clumsy, earnest, and often-misunderstood young man into a powerful and versatile mature man.  And that versatility is key.

Mature Sigmas can develop the ability of inserting themselves into any social situation and find the place where their skills and abilities will do the most good.  If there is no better leader available, a Sigma can display very strong Alpha characteristics.  If a more-natural leader is available, a Sigma is content to fade back and advise in Beta mode, rather than contend for leadership.  If there are leaders aplenty, then the Sigma will often step up as a mediator and negotiator.  And if things are running smoothly, a Sigma is often
content to accept a very minor role, but one which affords him an opportunity to still have subtle influence and a wide field of observation.

He is not afraid to use deception and misdirection, and his subtlety is often mistaken for passive-aggression by those unfamiliar with his methods.  He can even mimic a Gamma Rabbit or uber-pathetic Omega, if it suits his purposes 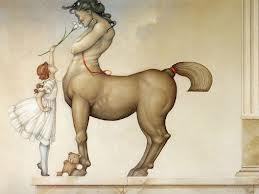 The good news?  If you catch them young and care for them properly, a mature Sigma also has the capability of morphing into an extremely powerful Wolf Alpha or Bear Alpha (though rarely a Bull Alpha) with the right woman.  Some of the most devoted family men I know are Sigmas-cum-Alphas.  When a Sigma sets his mind to do something, he often submerges himself in it . . . and if you can get him to do that with wife and family, its as good as hitting the Dude Lotto.

Sigmas are the Gandalfs, the Merlins, the Spocks.  They are the men of skill and quiet, men of deep thought and calculation who seek not their own aggrandizement (although they have powerful egos) but the prosperity and success of themselves and those around them.  A Sigma who has mastered himself often turns toward using his talents to a greater goal, inspiring people with his passion and persuading them with his reason.

Mature Sigmas like to get things done . . . by getting other people to do them.  Enthusiastically.

The best places to find the immature Sigma in the wild often revolve around obscure and esoteric subjects, such as origami, comic books, robotics, technology, science, art, history, gaming, music, etc.  All of the great disciplines of Nerdology.  Sigmas are slow to commit, but once they do they tend to go all-in.  They often seem petty or shallow at first, as they test and probe and try to figure you out.  Don't let it shake you.  They're watching everything you do with the calculating mind of a supercomputer.  Sigmas tend to prefer women who don't get rattled easily and who are not high maintenance, so displaying either of these will get you dropped. 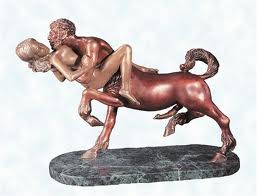 Sigmas like to think their way out of problems.  If one suddenly appears at your elbow, and you're interested and want to hook him, a woman's best counter-line is to propose a challenge involving skill or intelligence, and promise an increase in intimacy as a result.  Be ultra-cautious with your presentation at first, as Sigmas tend to be skittish and will often bolt if they feel things aren't going well (it's a cost-benefit analysis sort of thing, don't take it personally).

But don't rely exclusively on your mind to intrigue him - don't forget that big smelly beast with the eighteen-inch equine phallus lurking under the brainy exterior.  Sigmas are calculating opportunists.  If you extend an invitation he can accept, he'll be on like a pot of neckbones.  Or just show him some boob.  Sometimes we're that easy. 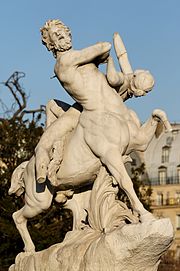 A woman must be willing to tolerate some idiosyncratic behavior from a Sigma, sometimes bordering on the neurotic.  Luckily it's rarely dangerous or unhealthy - more "quirky" or "eccentric".

Sigmas get bored easily in relationships, so if you are not up to near-constant intellectual challenge, you might want to find a nice Beta who likes sports.  Keeping him intellectually stimulated is as important as keeping him erotically stimulated, or he can lose interest.  If you can combine the two, so much the better.  Many Sigmas are secret freaks in the bedroom, expressing their lustful passions with intense intellectual vigor.

What kind of woman is a Sigma seeking?  While that varies greatly, in general a Sigma wants a trustworthy companion, an intriguing and inventive playmate, an intellectual equal willing to debate him passionately without taking it personally, a woman who is capable of being self-sufficient but who sees the advantages of a union and is not afraid of making that case.  Sigmas are wary of entanglements, but appreciate a straightforward proposition despite their enjoyment of subtlety.  Sigmas may marry late, and often vet a woman far beyond what a normal Alpha or Beta will.

The wife of a Sigma should be understanding of his peculiarities and appreciate them as features, not bugs.  Trying to change a Sigma around the way you want him is an effort doomed to failure.  You might think you got what you want, but more than likely he's fooling you.  Sigmas often attract attention from other females without realizing it - if they don't know Game, then they don't often recognize clear IoI's.  A woman who marries a Sigma should be prepared to mate-guard as needed, but with the understanding that (if he's happy in the sexual end of things) he likely has little interest in pursuing an affair. 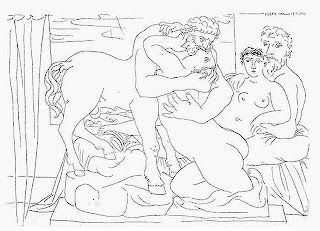 Emotionally, Sigmas can seem very distant . . . but when they do open up and connect, they do so unreservedly and sometimes overwhelmingly.  They use humor and misdirection and verbal wittiness to maneuver their ways through social situations, and can often appear very charming and confident.

Remember that Sigmas are adept at masks, and the truth is under that mask there is a beast and a man.

Cater to both, and you can ride him off into the sunset.