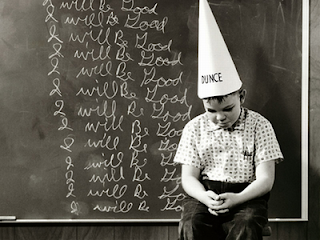 Caught a nice post over at In Mala Fide today riffing on the latest CNN article by Psychologist Dr. Philip Zimbardo.  You may remember him as the professor emeritus at Stanford University who is world-renowned for his 1971 research, the Stanford Prison Experiment.  You remember, right?   The one where the students were divided up into prisoners and prison guards and then observed?

The calls for guys to “Man Up” have been coming on louder, more frequently, and from a lot more diverse quarters in the last decade.  And they've been met throughout the Manosphere with scorn and derision.  From Christian fundamentalists urging their men to take a more traditionally-biblically-oriented approach to manhood (one not involving, it is assumed, multiple wives and herds of sheep), to feminists lambasting the perceived shortcomings of the modern man, to quasi-government programs encouraging more active fathering.  The cry for dudes to grow up, get better jobs, and aspire to be more than a Workoholics fan site is getting louder and louder.

Of course, no one asks them why they spend all of their free time in idle amusements.  They are willing to study the subject, and make up all sorts of cool-sounding terms for the “pathology”.  Looking at how boys are "messed up" by violent videogames, compared to girls, for instance, or how boys prefer a quick twenty-minute porn-and-whacking session to a hundred-dollar date with an entitlement princess who is already looking for how she can "improve" on you might seem like an unusual poll question, but I imagine they would have been more insightful.  But it's really a no-brainer, when you think for more than a second.  It’s one of those classic“Why on earth do women use twice as much toilet paper as men?” stupid questions.

The Internet isn’t compelling them from pursuing “real life”.  At most it impels. The Internet is merely providing a haven that allows the disaffected males of the West a place to hang out and have fun.    The fact is, "real life" for boys and men these days is so far removed from traditional fonts of masculinity, not to mention traditional masculine incentives, that there just isn't really much interest in putting so much energy into something that is ultimately going to feel like such a sucking chest wound to the male in question.  Easier to load up on pizza and hack and slash for another 12 hours.

But that’s not what the experts want to hear.  They want to believe that there is something Wrong With Men, because that’s been the politically favored way to approach the problem for the last forty years.  If men aren’t doing what they are a supposed to (whatever it is they are supposed to do) then the problem naturally begins and maintains itself through them, not because of the forces of greater society or (gasp!) the actions of women in aggregate.

The irony of this should not be lost on anyone.  After persuading our civil society that violence and aggression were universally toxic things to be universally despised since the end of WWII, after convincing us that all masculine endeavors were automatically Oppressive Colonial Racist Sexist Imperialistic attempts to gain Control over Everyone Else, and how we should Ashamed of our Power and Masculinity . . . well, there just isn’t much left for us, is there?  The forces of academia and public policy have systematically undermined any real incentive a guy has to “evolve” out of guydom, get some ambition and “Man Up”.  So they just aren't.  The Puerarchy isn’t stupid – crude, obnoxious, subversive, and self-serving, but it isn’t stupid.  “Manning Up”, to a dude in his 20s, is as close to a ticket to hell as he could ask for, the way things stand.

The issue isn’t the internet, or how our brains get wired in early childhood development.  Those are subtle and ephemeral explanations for a far deeper, far more meaningful evolution in masculine culture.  Like, for example, gender relations. 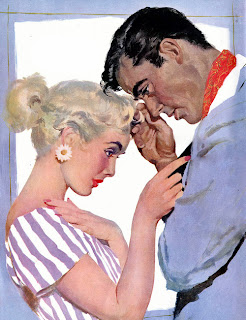 Zimbardo’s recent attempt at CNN to diagnose this “pathology” include this gem in their analysis:

Guys are also totally out of sync in romantic relationships, which tend to build gradually and subtly, and require interaction, sharing, developing trust and suppression of lust at least until “the time is right.”

Actually . . . that’s hardly fair.  That's applying feminine standards and perspectives of romance and relationships to men . . . and that's as inept as applying masculine standards and perspectives of porn and sexuality on women and expecting the same results.  Sexuality is a big, complicated, many-hued thing, and male sexuality is its own freaking animal, separate and distinct from what women desire and are aroused by.  Relationships only build gradually and subtly when there's the potential for commitment or more than a mostly physical encounter, and in most cases there just isn't. Interaction, sharing, developing trust?  That's a female approach to the Sexual Marketplace.  The male approach is more direct and practical.  It doesn't require all of that stuff . . . so we're labelled by pathology for the crime of not acting more like women (or how women want us to act).

That is some bullshit. 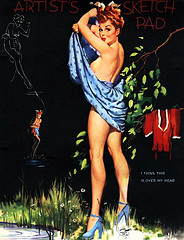 The fact is, dudes are perfectly happy with the sex-heavy, romance-light mode, for the most part.  It keeps things from getting complicated, expensive, and messy, even if it means you have to learn some Game to pursue it.  But any Omega can troll Craigslist these days and potentially score.  No, it isn’t “romance” -- but that is their issue.  Mostly, dudes just want sex.  It's our primary motivator.  Not romance.  Sex.

It’s not an electronically-inspired “arousal addiction”.  We’re just bored and pissed off and don’t want to play anymore.  And why should we?  Society has taken away the things we really enjoyed about achievement and ambition.  You expect us to go through the motions just because we’re “good sports”?

The true gall of the CNN piece is to assume that boys who don’t want to go to work and school and become daddies anymore are somehow messed up when for two generations we’ve had plenty of girls who did want to go to work and go to school and not become mommies . . . and they are celebrated, not diagnosed as having some sort of “condition”, for their departure from their traditional norm. 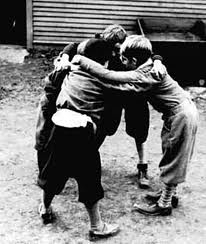 Masculinity, as I’ve said before, is seen by the feminist-informed public policy machines of the world as a medically treatable condition, not an ideal for half of the human race to aspire to.  In their quest to equalize the playing fields of the world they have convinced themselves that an impotent male is the only civilized male, and “Manhood” as a class is something to be despised.  Boys are “problems” in school, guys who don’t try to compete in the work environment are considered “lazy” or “unmotivated”, and men who don’t conform to the Female Social Network’s standards of behavior are “losers”, “creeps”, or “assholes”.

With all that floating around in the background, why on earth would a young man aspire for the illusion of success that only makes him a greater target, more vulnerable, and ultimately crushes him under the weight of expectation?  When his “romantic life” gives him a 50% shot at divorce, and even “happily married” men get pushed into sex-starved marriages where their individual masculinity gets slowly crushed out of them?  Why the hell would he do that to himself . . . for anything less than a truly extraordinary woman?

The answer is not going back – we can’t go back.  As much as the tools and institutions of the Patriarchy provide an allure to those seeking their own masculinity, the fact is that the agricultural base upon which the Patriarchy resided is eroded.  The industrial base it lingered upon is rapidly disintegrating.  For the post-industrial information age world we find ourselves facing today, the Patriarchy can only provide some rough guidelines, some traditions, and some continuity.  The way forward into this new century is going to be much, much different for men and Masculinity. 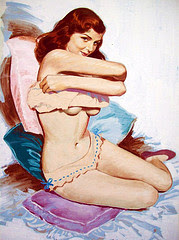 So what is the way forward?  Well, if feminism followed the issues and interests of Women, then the counter-feminist Manosphere should do likewise with the issues and interests of Men.  When feminism overthrew the power of the Patriarchy in the 1960s and 1970s, it didn’t have a model of what post-Patriarchal feminism looked like (not a realistic one, in any case).  Neither do we have a model of what 21st century masculinity will look like – but we can look at the interests and issues affecting Men, as a class, as discover some areas that will likely be central:

These are just the low-hanging fruit.  All are aspects or issues that men share with each other, and all are part of the revalorization process.

(And note that Sex and Marriage?  Two different categories.)

The Manosphere is an approach to masculinity that serves MEN, even if it leaves society at large in the lurch.  That’s fine, as the feminists have been telling us, society will get along fine without the active participation of Straight White Men (or men in general – sorry black and gay dudes, the sad fact is that after they put the signs away ultimately you’re lumped in with us) for decades now – let them.  Pursuing personal glory over public service, personal fulfillment over the fulfillment of a relationship, and personal satisfaction over the ambition traditionally associated with the corporate “young go-getter” is pretty much all you have left now.

Because fellas?  You don't owe them shit after what they've given you to work with.  You owe yourself, because no one else is ever going to give it to you.  So if you want to conquer the world and develop your mature masculinity, I highly encourage it.  Or if you want to withdraw and play games and whack off, I encourage that as well.  If you want to prowl the night for easy pickups and one-night-stands, cruelly gaming the pants off of any fair maiden who catches your fancy -- have at it, with my blessing.  Hell, give her an inch for me.  As long as they're willing, stack up those notches and have yourself a wonderful time and I won't think any less of you.

What I don't encourage is proceeding from the idea that you HAVE to live up to anyone's expectations but your own, or viewing your masculinity as a pathology.  That's self-loathing, penis-hating bullshit, and your ancestors recoil from such crap as a repudiation of every hard decision, every civilization-raising plan they bled for to push your sorry bit of DNA up the evolutionary chain.

You're a dude.  You like to kill zombies.  You like to whack off.  And you prefer to do it without the judgement and condemnation of every screechtard on the planet.  That doesn't make you sick, or addicted, or of less social value than someone who doesn't . . . it just makes you a dude.