The Rules Of Engagement For Fighting In A Marriage

All couples fight.  You can't avoid it.  But you can choose how you fight. 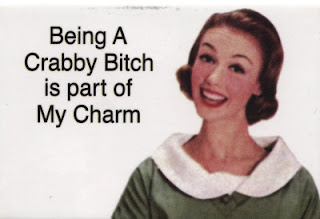 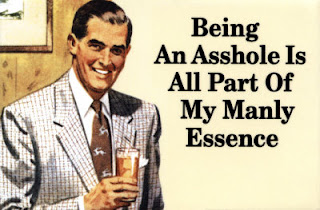 I was at the esteemed Athol Kay's blog, Married Man Sex Life, this morning reading about yelling in a marriage (spoiler alert: don't do it) and I ended up trotting out my marriage's Rules Of Engagement in the discussion.  I thought they might be of benefit to some folks here,. as they have served me well for nearly 20 years. Indeed, as I recently said over at Alpha Game, I feel that us Old Married Guys (OMG) have a duty to pass on successful marital strategies to the younger folk, before they invest in a lot of rented tuxes and divorce lawyers.

Mrs. Ironwood and I  came up with these before we ever got married (we lived together for 6 years first.  I was pretty sure I wanted to marry her 4 years into the relationship, but when you're planning on only marrying one girl . . . better to wait two more years and be sure.) .  We had the help of a highly skilled marriage counselor, one of the very, very few I've known worth the money.   These Rules were mutually understood and agreed-upon before we got married.

1) No yelling. Reasonable tones only.

3) Stick to one topic at a time. Don't fight about that thing you did last week.

4) No ultimatums. That's contrary to the spirit of the discussion.

5) No chase-and-follow. We handle our business face to face in our own home without involving other people.

6) No involving other people. This is between us.

8) No kidney punches, i.e. hitting the other person's acknowledged weak spots. After nearly 20 years, we know where those are. If your husband/wife had an alcoholic parent, for example, comparing them to that parent would be considered a kidney punch.

9) No involving the children. This is a debate between adults.

10) No profane language. If you can help it.

That's the general guideline. Our friends think we never fight, but we do -- we just agreed to the rules ahead of time. And NO YELLING is the very first one. Yelling is a clear attempt to establish dominance without having won an argument. That's disrespectful not just to your partner, but to the marriage as a whole. Worse, when a man yells in an argument it demonstrates he has lost his cool.  (Yelling at your children to get their attention, or increasing your tone to denote emotional emphasis of a particular point, is different than Yelling in a fight with your wife).

We've managed to stick to this set of rules for almost two decades, and it has helped us get through some dark times, even when the Rules worked against us, personally.  And that's not to say that both of us haven't occasionally violated one of the less-important of the above rules at various points, including Yelling. When that happens, it's time to call a "time out" and walk away for some silent contemplation, marshal your resources, etc.. It stretches out the fight, but it's better than a trip to the emergency room.