Catherine MacKinnon, Title IX, and the Great Rape Bomb of '86

Sex Nerd Emily Nagoski has a post on the oft-misquoted work of Ms. Catherine MacKinnon, and how her legal work affected the interpretation of Title IX.  I felt so strongly about it, I replied, and following the write-more-than-2000 words-and-it-should-be-a-post doctrine, here is the slightly edited reply.
You see, Catherine MacKinnon is, indeed, an incredibly important feminist that all men should know about.  She is the one responsible for the great Rape Bomb that signaled the beginning of Third Wave feminism, and that, eventually, led to the creation of the Manosphere.

The issue Dr. Nagoski posts about is how MacKinnon and Dworkin never actually said "all heterosexual sex is rape", which might be technically correct, and she blames the "creators of sexually explicit media" for unfairly and tragically pillorying these brave women in popular culture.  The fact that M&D aren't particularly liked or respected in feminist theory outside of the Third Wave, and have been seen as intellectually divisive forces in the movement isn't really my beef.
My beef was with the Great Rape Bomb of '86. 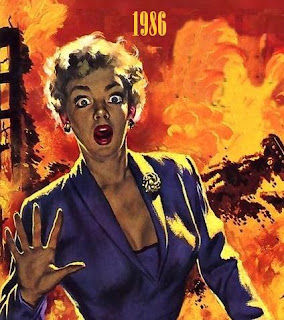 As one of the “the creators of sexually explicit media”, I have to take issue on this, from a historical perspective. From “our” perspective, (and I respectfully asked that Dr. Nagoski properly identify which pornographers, specifically, were behind this effort so they may receive the proper credit), the sex industry was an early and passionate advocate for feminism, as it was understood at the outset of the Sexual Revolution (Second Wave). Indeed, some of the most passionate voices about women’s liberation at the time were in the adult industry.
So when MacKinnon and Dworkin and the other late-80s Third Wavers started systematically attacking all male sexuality as “rape culture” and demonizing the adult industry in particular, it came as quite a surprise to “us”. 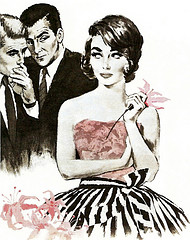 (Of course I wasn’t “us” back then . . . but I do distinctly remember reading the MacKinnon interview in Playboy my senior year and feeling a strong sense of antipathy based on her unabashedly negative view of all things XY). The “antifeminist” creators of sexually explicit media had been - up until then - actively promoting feminism, the exploration of female sexuality, and the liberation of all types of sexuality from the bonds of 19th century flatheadedness ... when M&D dropped the Rape Bomb on them.

You see, it wasn’t what she precisely did or didn’t say. She was repeatedly interviewed in the aftermath of her appearance in popular culture, and while “all sex is rape” maybe didn’t fall out of her mouth, her intellectual equation of heterosexual male sexuality to rape, and the subsequent demonization of masculinity and its conflation with violent rape in general by the feminists of the Third Wave fundamentally altered the debate about gender in this country. 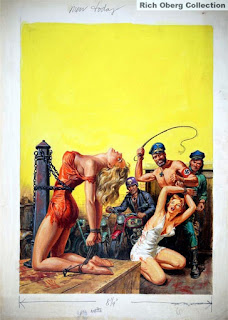 The problem was, that wasn't how we saw it.  At all.  Regardless of the subtle intellectual point behind MacKinnon's argument, the sensational nature of the subject and the willingness of the Christian Right to join her in support of the suppression of male sexuality and free expression is what influenced the popular media at the time.  Larry Flynt was out.  Andrea Dworkin and Jimmy Swaggart were in -- I was there, I saw it.  The alliance that launched a million divorces and the anti-pornography industry.


Dr. Nagoski celebrates that as a good thing, and I can respect her perspective. For women who had felt like their vaginas were targets in a shooting galley every time they went to work, it was a good thing. 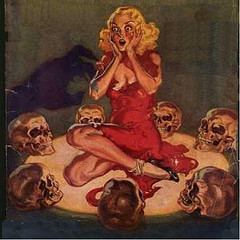 But the inclusion in sexual discrimination/harassment law in Title IX of such memes as “hostile workplace” and “sexually suggestive” also gave an entire generation of career-oriented women a fatal one-sided gender-based weapon they could use as a tool against men in the competitive business environment, while simultaneously insisting on “equality”.    Beyond that, the Third Wave began attacking all dating, insisting on such ludicrous standards in the name of consent that it put a chill on dating all across college campuses and beyond.  It also was the impetus of the great porn drive of the early 1990s . . . because if you went to college in 1987 or after, every encounter your penis had with a woman made you a potential rapist, no matter what other factors were involved.

The intellectual pretzel that arose out of "date rape" took a very real problem and extended the solution to demonize not just actual rapists, but any man who didn't fill out the proper paperwork in front of a notary.  ALL male sexuality was suspect.  In the late 80's and early 90's you could be called a rapist in front of a crowd of people on a college campus just for having a dog-eared Farrah poster from your youth on your dorm room door.  You could be accused of rape if she had been drinking.  If you had been drinking.  If you hadn't obtained clear and unambiguous consent.  If you hadn't stopped periodically and re-certified her consent.  If you had group sex and did not explicitly obtain consent from every person involved (don't ask me how I know this one).  If you had sex and the girl decided -- afterward -- that she really wasn't into it, so you must have forced her.  That was rape.

Of course pornography was "rape culture", because while a specific woman wasn't violated against her will, since the pornographers did not obtain consent from the collective womanhood before hand.  Being offended was equated with rape.  If your husband watched Pizza Girls on Betamax at night and whacked off because you wouldn't put out, he was participating in the mass degradation of women and guilty of rape "culture".

So why the hell would any sane man choose to risk being accused of being a rapist for the chance at tepid, unskilled, unenthusiastic pussy when you could get porn from your corner videostore . . . or by mail?
Pay attention, ladies:  When you use or hear words like "rape culture", you are demonizing male sexuality and disrespecting the masculinity that built and protects your civilization.  Using "rape culture" or "patriarchy" in casual conversation is brutally disrespectful to men, in general. To the extent where most in the Manosphere have so identified you with the Third Wave that you just don't exist any more.  When women use terms like that, we feel branded and defensive.  It's not about "strong women" it's about disrespectful women who assume that just because a dude has a penis he's a rapist.  There is nothing strong in casually using "rape culture" or "patriarchy" pejoratively.  It's the moral equivalent of calling women "bitches and hos".

You don't see a problem with that, ladies?   Don't misunderstand, real sexual harassment is wrong.  Real rape is horrific.  But it is an observable fact that this new element in the law gave rise to thousands of frivolous or false sexual harassment claims against men and Ally McBeal.  It took the majority of men who were, albeit clumsily, trying to make a good-faith effort to integrate women into all areas of the workforce and turned them into patriarchal rapists whose very existence as part of the human race was now open to question by the Third Wave.

I’m not surprised that many of you aren't aware of how MacKinnon influenced how Title IX has come to be interpreted; as I've said many times, often in discussions of feminism with women, after the assertion “I’m a feminist! I believe in equality!” is made, the conversation quickly grinds to a halt if the gentleman in question actually has an acquaintance of feminist thought and theory.  Few understand how proudly saying “I’m a feminist!” allies them intellectually with MacKinnon and Dworkin and even more radically misandrist voices. Most mainstream women see feminism merely as an issue of Equality, without seeing how it also now implies, thanks to MacKinnon and Dworkin, an irrevocable and permanent betrayal of good faith in gender relations.
Men now view women automatically with suspicion in the workplace, see them as forces of opposition and professional peril by the very fact of their gender. While we have clearly managed to work with women, the gender-identity politics implicit in the M&D interpretation of Title IX has forced men to adopt a default position of mistrust and suspicion in the presence of any and all female colleagues and co-workers.
Men know about Title IX. It’s the sword that daily hangs over us, ready to viciously cut our dongles off and get us fired at the first available opportunity. Thanks to M&D’s Rape Bomb, every dude in the industrialized world knows he now has a target on every XY chromosome in his body.  Every man is now viewed automatically with suspicion by so many women that they have tainted the waters of the entire SMP for over 20 years with this.  We went from being the nation of strong and innovative men who defeated Hitler, tamed the Atom, and went to the Moon and were transformed -- thanks to MacKInnon and Dworkin's efforts -- into lecherous, dirty old men just waiting to spring on every nubile maiden in sight. 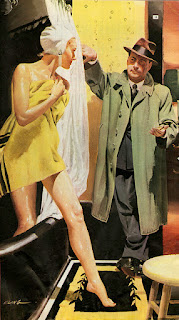 Whether or not you see that as an “advance in gender relations” really depends on your gender, I suppose, and whether you feel the juice was worth the squeeze. But from the male perspective (and I’m speaking of the actual general male consensus, not the squeakings of apologetic self-loathers like Schwyzer who couldn't find their masculinity with both hands)  MacKinnon’s/Dworkin’s Rape Bomb was no less than the declaration of war on all men and all masculinity by the feminist Third Wave . . . a conflict that is ongoing and shows no signs of ending.  Modern feminists who claim that feminism is just about pay equality and such are providing aid and comfort to the women who want to see their husbands, fathers and sons eventually erased from humanity.  Such is the stain of masculinity in the mind of the Third Wave.  They would rather destroy it than learn how to live with it . . . so they started with the Great Rape Bomb.
The issue isn't just the Rape Bomb, though that’s where it started.  It's not just porn.  It's not just radical feminism.  The Rape Bomb of '86 was the start of the overt war on masculinity, and within a few years masculinity had begun to strike back, in a passive-aggressive way, through the Puerarchy that arose when the Patriarchy fell . . . right around the time Title IX passed.

I appreciate Dr. Nagoski calling this to my attention. Too many men just aren't aware of the full extent of MacKinnon’s intellectual influence in modern feminism and its effects on them and their sons, and they really, really should be.
Posted by Ian Ironwood at 9:09 PM