Here's something a little less serious and heavy-handed than the last couple of posts - a quick and dirty way to buff your ALPHA with a little ingenuity and foresight involving nothing more serious than some left-over Christmas lighting. 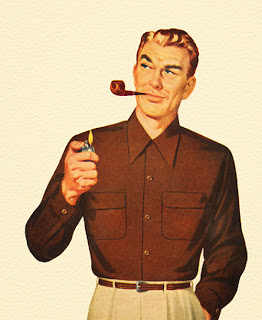 You see, the Master Bedroom at Stately Ironwood Manor is lovely, with a skylight over the bed and everything.  But the natural lighting that fills the room during the day turns into a gloomy bedscape of lamps along the perimeter of the room after dark.  While adequate for our needs, nonetheless the process of getting up and turning off each and every lamp every night was tedious, and a constant source of resentment and friction between the Missus and I.  Just one of those little things in your marriage that annoys, irritates, and eventually you come to greet with a kind of dread. 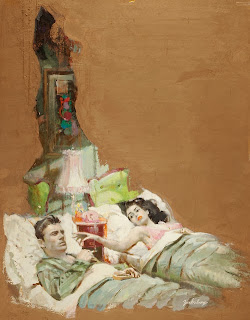 I got tired of it.  I was sick of letting one little chore become such a big deal -- especially since I usually was the one that got stuck with the task.  So when Christmas came and went last year, I snagged a goodie out of the box of ornaments and solved the problem.

That night, when the Mrs. I and I were snuggling in, the inevitable "who's turn is it to get up and turn off all the lights and make the other person cold?" question came up, I raised a hand and casually waved at each of the three lamps.

One by one they turned off.

Mrs. Ironwood was impressed, but at this phase of our relationship she's unwilling to consider my magical powers to be that profound or useful.  So of course I had to reveal the three-button remote control device (Wal-Mart, $9.95), originally intended to command inflatable armies of snowmen, that now gave me control of the very photons, themselves.  One for the rope light around the perimeter of the room (great for indirect lighting, the kind you use in conjunction with Barry White), one for the lamp on the dresser, one for the standing torch light.  Hang the remote on the bedpost, get comfy, put your cold hands somewhere warm, and then hit the lights

And no one's feet get cold. 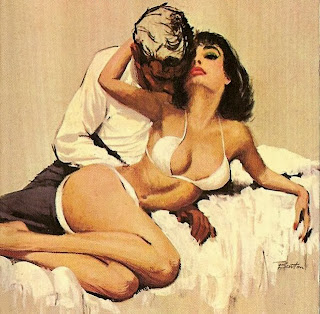 Sometimes it can be the smallest, thoughtful little thing that can improve or strengthen things between a Red Pill husband and wife.  No one likes an annoying chore, whether it's cleaning a toilet or changing the oil.  Something as basic as turning out the lights without getting out of bed can become a token of thoughtful consideration and love, if you do it right.  And now every night, after I tuck in the wife, I can crawl in beside her knowing I don't have to get up.  The Star Trek-y remote control of the bedchamber also plays up my masculine problem-solving and ingenuity, something that always impresses.