There have been some murmurings around the Manosphere about the conundrum of Romance in a Post-Red Pill relationship.  The argument on the one side is that Romance is blue-pill propaganda designed to obfuscated the stark, cold reality of male/female intersexual relations and our respective reproductive strategies.  The other side says that the Red Pill simply means a re-definition of romance. 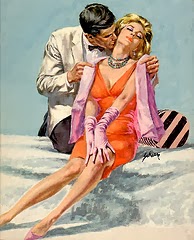 This should not be an issue, but I understand why it is for many men. You see, I'm a die-hard romantic, and one of the hardest things I had to do was rectify my new Red Pill perspective with my innate desire to pursue romance.  I like romance.  I'm a writer, it's kind of my bread-and-butter.

The problem is that most men have an imperfect understanding of "romance" in the truest sense.  Like "chivalry", the term is oft-misused, sometimes damnably so.  For our purposes, consider "romance" to be the cultural context surrounding the desire and attraction involved in mating.

Undoubtedly there are those who will take issue of such an unromantic definition of romance.  But that's what the Red Pill truth is. Game is Romance.  Of course, the flirtation and infatuation implicit in Single Game is usually what is meant by the term -- a cursory inspection of romance literature will reveal a poverty of married heroines -- and almost always, culturally speaking, our common conceptions of romance are wrapped around the rituals and enterprises associated with that electrifying first meeting. 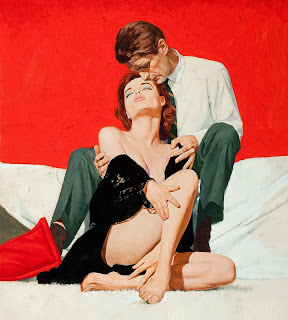 But if Game Is Romance, then Married Game must have -- and does have -- a romantic component.  Indeed, it is essential for the satisfying and nourishing fulfillment of a long-term committed relationship.

Mating without romance is possible, and it's done all too often, but it is an imperfect and unfulfilled expression of the art.  Married couples in a "sexless relationship" are watching their marriage die as much due to the lack of cultural context to provide meaning, structure, and enjoyment to their mating as lack of physical sex.

What the Red Pill man must understand, if he is to have a successful Red Pill marriage, is that romance is the essential lubrication that eases the emotional communication involved in mating.  Married Game-style romance involves dating your wife (see my Red Pill Date series for details), understanding and communicating with your wife, and -- perhaps most importantly of all -- enjoying your wife. 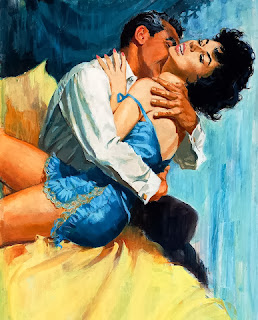 Romance is how you do that. It's how you build attraction that culminates in sex, and sustain attraction through those times when stress and real life make sustaining attraction (or even finding the time to indulge in attraction) challenging.  Romance is what you do to engage your spouse's passion.  People aren't romantic.  People do romantic things.

Think of it this way: Romance is a verb. It is something you do.

Just about all of the Alpha Displays I've discussed are romantic in nature, even if they are subtle.  When a man displays a dominant presentation to his wife, demonstrating his value as a partner, and projecting the confidence and desire he feels for his woman, he is being romantic whether he understands it or not.

When a woman indulges in an Alpha Display and invites a man's attention through her presentation, she is being romantic whether she knows it or not.  Romance is the expression of your desire and attraction in a manner in which your partner understands and appreciates it.

That means that romance occurs as the common denominator between the two of you.  Romance is your mutual cultural context for mating.

While you might think waving your penis in her face is romantic, unless she understands it for the sincere symbol of desire and attraction that it is (and, let's face it, that's highly unlikely), it ain't romantic.  While she might see buying you three new shirts and two new sets of underwear as a heartfelt demonstration of her attraction and desire for you, unless you really understand what that symbol means, you just got new underwear.  It ain't romance.

Of course, everyone wants to be able to experience that first blush of infatuation again -- that's why both men and women crave novelty in their relationships.  It's Nature's way of keeping things interesting.  Romance, in a Red Pill relationship, should ideally be a way to revisit that delightful sensation through novel experience . . . or re-investing old experience with new meaning.  In a Red Pill marriage, romance should be a reflection of the enjoyment that has gone before coupled with the stability and emotional security you have mutually established, and charged with a jolt of novel experience to re-invigorate the feeling. 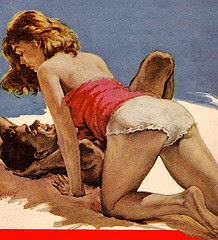 Getting her flowers "just because" is low-level romantic.  Getting her an exotic orchid you grew yourself in secret is much more romantic. 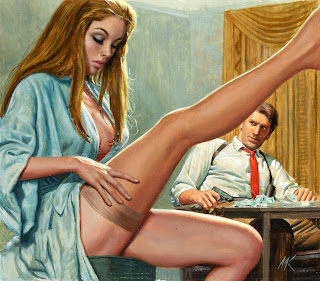 And that brings us to an important point: ladies, to dudes, sex IS romantic.  That becomes harder to pull off the longer your acquaintance, as the desire for novelty and the familiarity with your partner make it difficult to turn "boring married people sex" into something exciting enough to be romantic.

There's an unfortunate willingness to separate sex and romance in marriage as women get comfortable with their husbands.  A man with enough ALPHA is going to find this distressing and up his dominance to counter -- which means upping his game, and increasing her excitement level.

But the poor dude who's mired in BETAland is going to think that Romance is the same thing as Ass Kissing. He's going to make the tragic mistake in thinking that if he just gives a woman what she says she wants, she's going to reward him with her love, affection, and sexuality out of pure gratitude.

He doesn't understand that the vibrant, ALPHA component of sexual dominance MUST BE present, that the spark of excitement and novelty necessary to re-awaken those feelings of infatuation, no matter how many times she's backed over them,  MUST BE engaged if you want to engage her feelings of romance. 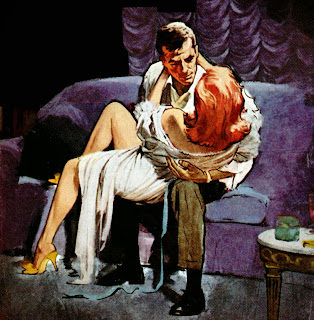 In short, you can't be a romantic pussy.  Real romance, in a Red Pill marriage, requires thoughtful consideration, understanding, and a willingness to dare to push the emotional and physical boundaries of your relationship. It's part of the years-long subtextual conversation you and your spouse enjoy -- and you had better be enjoying it -- and the need and desire for this context doesn't go away over time.

Your wife won't suddenly decide she doesn't need to be flattered and complimented any more when she's 40 -- quite the contrary.  Your husband isn't likely to decide that exciting, exotic sex is just too adolescent for a man of his maturity.  Nothing could be further from the truth. You both want passion, excitement, and enthusiasm to compliment your stability, commitment, and security.  You both want romance -- sexually charged, lust-building, will-be-thinking-about-it-when-I-masturbate-later ROMANCE -- in your life.

All you have to do is make it happen.

Romance is a verb.  Go do some. 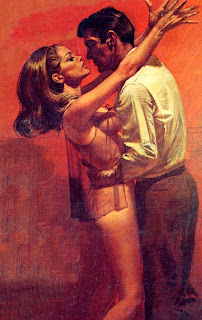