"Inside every big fuzzy white boy, there's a little black woman screaming to get out." 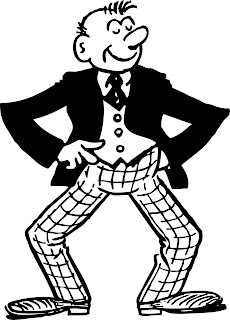 That sounds like a loaded statement from six different directions, but in this context, it means something very specific.  Growing up in the South gives one a musical heritage unparalleled in other parts of the nation -- the South was the birthplace for the majority of American musical forms, from folk to jazz to blues to rock to gospel to country.  In different places the influence of a particular style of music can be powerful.  Where I grew up, the defining style wasn't rock (though Chapel Hill had an impressive Indy rock scene), it was Blues.  When I hit college I spent my drunk-and-happy moments crooning R&B standards in the back of a smoky bar.  When I made my fumbling early attempts at seduction, my signature move was to put on a John Lee Hooker CD, eschewing the usual Led Zepplin box set.

Of all my favorites to badly belt out, Aretha Franklin's Respect is one of my all-time favorites.  I don't sing it well, but get four beers in me and stand me in front of a karaoke mike, and you may weep and you may laugh, but you will never forget me singing.

I bring all of this up because Susan over at Hooking Up Smart has an outstanding post concerning the role of Respect in a man's life.  While the post itself is powerful, the comments are exquisite.  You want to know what a man really wants, ladies?  Read them, and you'll have their most sincere thoughts.  If we every want to reclaim masculinity, Respect has got to be on the short-list of must-haves.  For all the wounds feminists have dealt us, undermining our culture's willingness to respect masculinity and the men who wear it is amongst their most profound.

Respect.  Find out what it means to me.
Respect.
Just a little bit.
Posted by Ian Ironwood at 12:46 PM