Well, fellas, it's time to boldly throw our dicks on the third rail of the intergender dating/mating discussion.  We're going to discus your future wife's attractiveness. 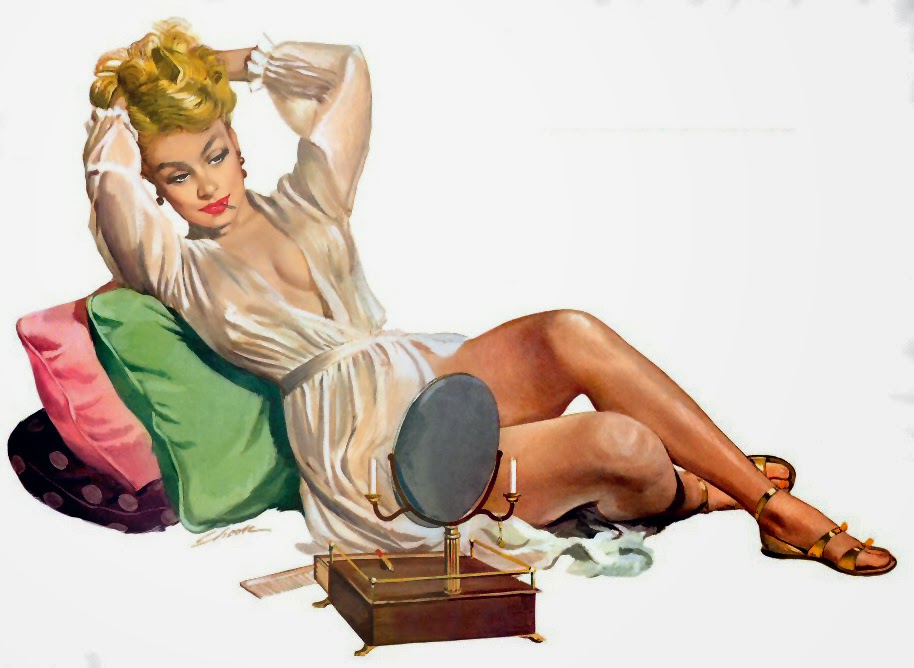 Attractiveness is not beauty.  Neither is it the ability to smear high-priced cosmetics across your face and hope the price tag automatically buffs your appearance.  Attractiveness is one of the keystone attributes of femininity, like it or not, and while sexuality is certainly a dominating factor in its assessment and importance, it is by no means the entirety of the feminine motivation to be attractive.   A woman who knows how to be attractive knows how to adapt her appearance and demeanor in subtle ways to present a different presentation appropriate to the social situation.

Attractiveness is not an in-born trait -- beauty is.  Attractiveness is not bound by youth or age or dress size. When you evaluate your potential future bride on the basis of her attractiveness, how hot she is - believe it or not - should be a relatively minor consideration.  Whether or not she can make and keep herself attractive is far more important. 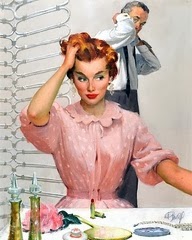 Most men simply do not appreciate the high art that feminine beauty and fashion entails for a woman of even modest means if she's to make even a half-hearted attempt at being attractive.  We're spoiled by the ten-minute shit/shower/shave routine we mastered when we were twenty and haven't varied much in the decades since.  We appreciate the result of her efforts of course . . . sometimes . . . but we rarely appreciate the hours and hours of study and experimentation a woman has to undertake before she can say that she's mastered the art.

It's complicated, and many short-sighted men consider it a waste.  But the importance of a woman's ability to be attractive is a fundamental cornerstone of your relationship with your wife, just as much as your ability to hold down a decent job.  This is especially important if a man has aspirations of having a family, but not for the obvious reasons.  A wife certainly needs to maintain her husband's attraction, but far beyond that a mother has to be able to navigate the much-harder channels of the Mommy Matrix.

Tarting yourself up enough to get an erection out of your husband is easy.  Dressing up with just the right
focus on fashion, cosmetics, hair, shoes and accessories to communicate your position and rank to the rest of the Mommy Matrix is the real challenge.  Husbands who dismiss this factor as unimportant are inadvertently dismissing a very important element in their wive's social matrix.  Really, it doesn't matter whether or not you'd do her . . . she can whip her girls out and get that reaction.

It's often been said that women dress for other women, not men, and there's a lot of truth to that.  But I would say it's more important to realize that women have to dress for women first, unless they are overtly mating, before they are concerned with the judgment of men. 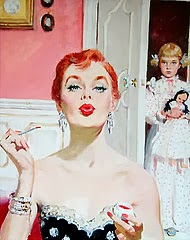 Mating is, of course, inextricably wound with attractiveness in that it is the perpetual force that impels feminine action even when no actual mating is going on.  Mating is the context for attraction.  But it is important to understand that the perceptions of men and women on the subject are largely filtered by their perspective.  Men see feminine attractiveness from the perspective of judgment, while women see it from the perspective of competition.

Many men will mistake beauty and youth for attractiveness.  They see their wives in their prime reproductive years when their hormonally-charged young bodies are buffing their base attractiveness.  "Natural Beauty" is a big draw, of course, and the frosting of youth makes it all that more appealing.

But when you're evaluating your future bride, you should look beyond "Natural Beauty" and take a cold, hard look at what Mrs. Ironwood calls "girl skills": her ability to make herself appropriately socially attractive. 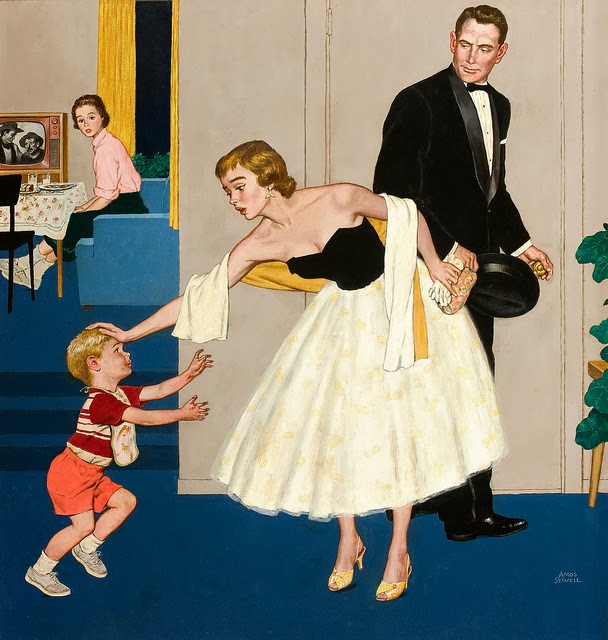 When Mrs. Ironwood and I first started co-habitating, we were young, poor, broke all the time . . . and compelled to be very social.  We were at that age where some of our friends were getting married, some were having kids, and some were dying young.  One particular weekend found us hitting the jackpot: our social and filial obligations promised a very, very full Saturday.

We began the day with a 6 year old birthday party, then progressed to a business luncheon, thence to a memorial service and lastly to a formal night-time wedding.  Four separate wardrobe changes.  Four hours on the road between engagements.  Brutal.

Mrs. I didn't blink.  Chalk it up to her own mother's training in such matters, her debutante skills or her extended stint running a retail cosmetics counter, the future Mrs. I managed all four wardrobe changes, including three footwear changes, in the car on the way.  She arrived at each even properly attired and made-up, displaying the proper accessories and shoes for the occasion and comporting herself with dignity and grace.

At one point I realized that the elegant young woman dancing with the groom was the same one who had squatted in the middle of a ring of six-year-olds for a rousing game of duck-duck-goose that morning, and then had cried in earnest sympathy with our grieving friends that afternoon.  She still looked as if she'd spent all day at the salon.  Her versatility and knowledge of her own capability for attractiveness demonstrated a competency and dedication that I found admirable . . . and highly desirable in a mate. 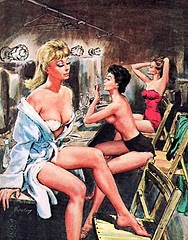 When vetting your future bride, consider a similar challenge: several different social events in rapid succession, requiring a re-tooling of her presentation for each.  Moving from formal to business to casual to other in no particular order will be a challenge worth observing.  Believe it or not, how attractive she is really isn't the most important factor in this test.

Things to consider: Does she complain bitterly about the pressure or does she accept it gracefully?  Is she demanding and disrespectful as she completes her transformation, or does she do so coolly and without recrimination?  Does she blame you for stuff that is clearly outside of your control?  Does she arrive more or less complete, or does she need another 15 minutes in the ladies' room to finish up?  Does she have a wardrobe sufficient for her needs or does she try to employ clothes that are not quite appropriate to the occasion?  Does she have the proper undergarments and outergarments to support her wardrobe selection?  Is she vocally critical about some perceived flaw in her features, or does she work with what she has without complaint?  And how is the final product?  Is the juice worth the squeeze? 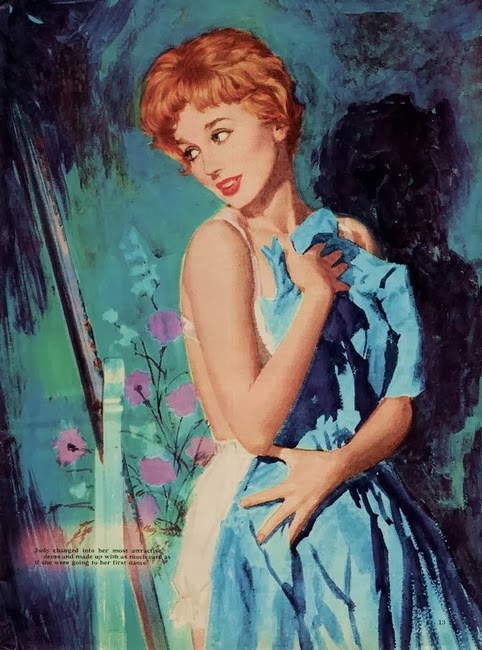 And just how long did it take?  That can be a vital metric to know.  I once had a girlfriend who couldn't get ready to go to class without three wardrobe changes and a 45 minute temper-tantrum about her hair.  Formal occasions were nightmares, a perpetual blow to her self-esteem.  Mrs. Ironwood usually only needs 20-30 minutes for everyday prep, twice that for business or formal.  That's not unreasonable.

Remember, the end result should be evaluated on a relative basis, not how hard she makes your dick.  Appropriate dress and makeup for the occasion is key, as is preparation and execution.

She need not turn every head in the room, but as long as she looks good on your arm she's achieved her goal.  Few women really want to be the most attractive woman in the room . . . just one of the more attractive.  Out-shining the other women singles her out for unwanted attention, not from male lotharios but from female be-yatches who are looking to score social points by cutting down the weak and poorly-dressed.

Of course it goes without saying that the sexual attraction side of things should get some attention, too.  While you're probably pretty happy just to have her boobs in your face, a woman who has mastered the art of attraction remembers that her sexual presentation is as important as her sexual performance.  Being able to dress formal, business or casual for a particular event should be complemented by the ability to appear enticingly attractive in an intimate setting.

Shucking off the little black dress at the end of the night should be able to lead to pulling on something more seductive, and repairing your hair and make-up appropriately, not Noxema and comfy jammies.  Being able to segue from attractive-formal to attractive intimate without fuss or hand-wringing is the epitome of a woman's attractiveness skills. 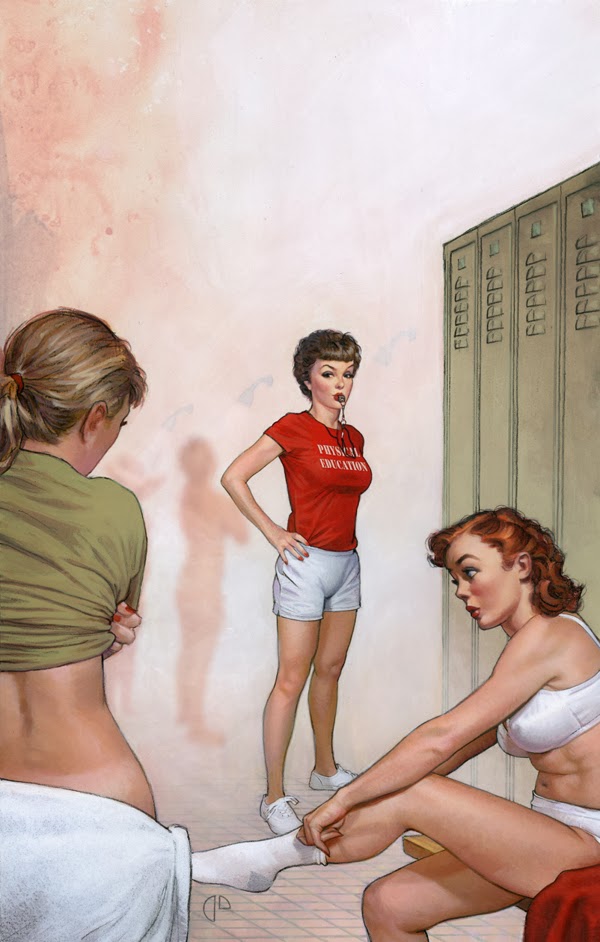 Being able to maintain your attractiveness over the years is also important, much to the dismay of feminists everywhere.  Age might sap her beauty, but it doesn't necessarily decrease her attractiveness.  Those skills stay with her.  Indeed, fighting the effects of gravity, slower metabolism and age in general make attractiveness a high feminine art.  Mistaking youth for beauty or attractiveness has led to some depressingly lackluster pairings.

And while some women don't feel obligated to make themselves up for their husbands on the basis that they don't feel the need to impress him, and they feel that he's already seen what she has a million times, wiser women understand that feminine allure is a subtle art that demands study, dedication, and no little expense to do well.  Deciding that you don't need to make the effort for hubby anymore might sound "mature" but what it actually is (whether he voices this or not) is "disrespectful".  When you decide your husband just doesn't care, so why make the effort, you're telling him subconsciously that you no longer consider his opinion valuable.

When you just stop trying because he's not telling you how ravishing you look to your satisfaction, regardless of what you think is going on, he'll notice.  And not in a good way.  Once he notices that you aren't trying anymore, his attraction to you is almost destined to fail eventually without intervention.  It also deprives him of the opportunity to sincerely complement your efforts on his own.  And that's a dangerous first step toward seeking validation of your femininity from somewhere else.

Attractiveness is a slippery issue, highly subjective and open to interpretation.  but it's also a key Wife Skill, and one that should be vetted for religiously.
Posted by Ian Ironwood at 11:57 AM