The Ironwood Rules Of Engagement

In celebration and acknowledgement of a Manospheran, Morpheus, taking the plunge into matrimony, Vox Day gave a beautiful list of instructions to him and all newly marred fellas.  I can heartily endorse all of what he said, when taken with a healthy dose of wisdom.  Badger followed up with an instructive commentary.  Athol Kay's post today is also helpful in determining when a fight is underway and when someone is just being a cranky-pants.   And as an OMG (Old Married Guy. "old" meaning you've managed to hit that ten-year anniversary without separation, divorce, or court-ordered rehabilitation) I am bound by custom to pass along my own insights on the institution. 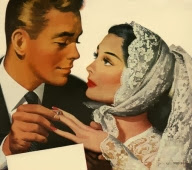 Remember, advice is like a drink: it can only affect you if you accept it.  With that caveat in mind, one of the things that has been a pillar of the Ironwood marriage has been our Rules of Engagement for Fighting.

All couples fight.  It is inevitable that conflict arise between contrasting perspectives.  Even Commander Riker disagreed with Capt. Picard from time to time.  That being said, how you manage your conflict can make or break the stability of your union.  A lot of young couples find themselves in trouble very quickly because a) they didn't do a good job of mate selection or b) just don't know how to run a healthy relationship dynamic.

I'm not faulting them - in all honestly, realistic portrayals of well-functioning married couples in popular culture are pretty thin on the ground, and its unlikely they can look to their parent's generation for insight.  But part of managing a relationship is understanding how to manage conflict.  And in marital conflict, like any other conflict, there can be agreed-upon and religiously-adhered-to Rules of Engagement to keep things productive.

I've blogged about these before, back in the mists of time, but they bear repeating, and I'm not above stealing from myself when I think it is timely.  And no, not because Mrs. I and I have been fighting recently.  I just know a lot of newly married people.


All couples fight.  You can't avoid it.  But you can choose how you fight. 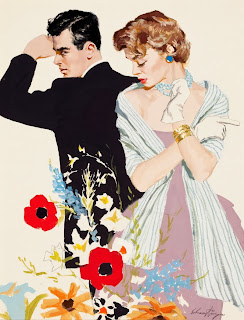 Mrs. Ironwood and I  came up with these before we ever got married (we lived together for 6 years first.  I was pretty sure I wanted to marry her 4 years into the relationship, but when you're planning on only marrying one girl . . . better to wait two more years and be sure.).  We had the help of a highly skilled marriage counselor, one of the very, very few I've known worth the money.   These Rules were mutually understood and agreed-upon before we got married. They are designed to keep things productive.
They are:
1) No yelling. Reasonable tones only.  Over-shouting the other person is rude and does not lend weight to your argument.  NO YELLING is the very first rule. Yelling is a clear attempt to establish dominance without having 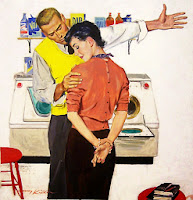 won an argument. That's disrespectful not just to your partner, but to the marriage as a whole. Worse, when a man yells in an argument it demonstrates he has lost his cool.  (Yelling at your children to get their attention, or increasing your tone to denote emotional emphasis of a particular point, is different than yelling in a fight with your wife).  As an axiom to this, I'll add "No interrupting".  Interrupting is as much of an attempt at conversational dominance as yelling.  Indeed, just as yelling is the masculine preferred method of establishing social dominance, interrupting is how women usually do it.  Maintaining reasonable tones and allowing your partner to finish their thought without your input is fundamental.
2) No name calling. That's disrespectful. This is your spouse, and calling them names is hurtful and unproductive.  If some behavior is unacceptable, call it out as such.  Don't just say "You're such a cunt!", because you shouldn't let anyone call your wife a cunt without repercussions.  That includes you.
3) Stick to one topic at a time. Don't fight about that thing you did last week.  Or last vacation.  Or last year.  Or on your wedding day.  The conflict is here-and-now, and unless there is a reason to bring the past in as 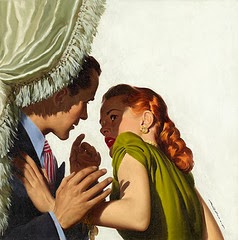 prologue, expanding the scope of your argument does no one any favors.
4) No ultimatums. That's contrary to the spirit of the discussion. You are having an argument.  It doesn't mean the end of your love for each other, the end of your relationship, or the end of your marriage.  It's a fucking argument.  Keep your emotions under control and deal with things productively and move on.  It's not a sign of the end, or a reason to say "I'm unhappy".  Married people fight.  Happily married people fight.  Hell, happily married people fight the most, sometimes.  Allowing your ego and your feelings to be a springboard to some bullshit ultimatum that can't be un-said is in no one's best interest.  If you feel like throwing out an ultimatum, give yourself 24 hours to think about it.  If you still feel that way, start a separate discussion about it.
5) No chase-and-follow. Handle your business face to face in your own home without involving other people. 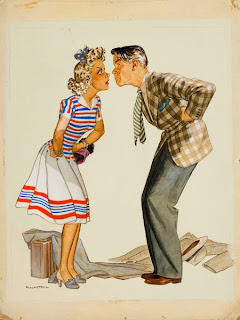 No running to your mother, your brother, your sister, your best friend, a hotel, a bar, or a brothel.  It's twice as bad if you expect someone to follow you there, and see a failure to do so as a lack of endorsement in the relationship.  That's attention-getting bullshit game playing, not mature and thoughtful attention to your responsibilities as a spouse.  Sure, we all need support, respite, and refuge from time to time, but if you flee in the face of an argument, you are abrogating your responsibilities to the relationship.  That's not to say you can't call a time out.  But a time-out is a cool-down period, not an excuse to flee.
6) No involving other people. This is between us.  Trying to get other people to support your position against your spouse is a recipe for a general social shit-storm, and repercussions that last far beyond the argument itself.  When the Female Social Matrix gets involved in your marriage, you have problems far in excess of what you asked for.  Keep private things private, by mutual consent.  Unless someone needs to affirm or deny as a witness - in which case you have some trust issues to work out - your argument is your argument, no one else's.
7) No ad hominem attacks. They are rude and intellectually dishonest. As a man it is a good example of a loss of control - DLV.  As a woman, it is a demonstration of disrespect contrary to the spirit of the discussion - DLV.  You may disagree with their behavior or their perspective, that does not make them less of a person or unworthy of your respect and love. Even if the problem is habitual, it is not usually indicative of a flaw in someone's character.
8) No kidney punches, i.e. hitting the other person's acknowledged weak spots. After nearly 20 years, we know where those are. If your husband/wife had an alcoholic parent, for example, comparing them to that parent would be considered a kidney punch.
9) No involving the children. This is a debate between adults.  It should not be held in the presence of children, nor should children be privy to the after-effects.  Your first responsibility as parents is to ensure a safe and happy childhood for your kids, and watching parents fight is rarely a good thing.  Especially in an age where their friends' parents are divorcing so rapidly, it is unfair of you to inflict your sophisticated adult discussions on minds who lack the adult context to understand them properly.  All they know is that mommy and daddy are fighting, and they're anxious, and they're worried that they'll have to take sides.  Do your fighting in a room with the door closed.  Like your love making, it doesn't require witnesses. 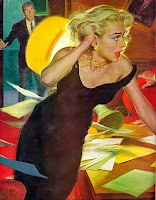 10) No profane language. If you can help it.  Emotions get high, and invective will of course be used in an adult discussion.  But don't go overboard.  Emphasizing a point with a calmly-delivered f-bomb is one thing; having "motherfucker" fall too oft from your lips undermines your credibility.  And it detracts from your point, whatever that is.
That's the general guideline.


Our friends think we never fight, but we do -- we just agreed to the rules ahead of time. We've managed to stick to this set of rules for two decades, and maintaining them has helped us get through some dark times, even when the Rules worked against us, personally.  And that's not to say that both of us haven't occasionally violated one of the less-important of the above rules at various points, including Yelling. When that happens, it's time to call a "time out" and walk away for some silent contemplation, marshal your resources, etc.. It stretches out the fight, but it's better than a trip to the emergency room.
(If you want to improve the efficacy of employing these rules, you may gain considerable leverage by fighting naked.) 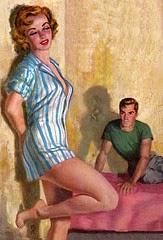