The Circles In Your Wife's Matrix

When we think about the Female Social Matrix, we might think of it as a three-dimensional grid -- and that would be a poor metaphor.  The FSM is not a rigid or hierarchical structure -- far from it.  It's organic and fluid and often-times ephemeral and inconstant.  It's also freakin' IMPOSSIBLE for most men to figure out.  Who are the women in your woman's life, and how do they relate to her?

Your first instinct is to draw a line extending to your wife's mother, sister, best-friend, the ones you know and are sure about . . . but after that, things get murky.  What about her friend from high school, whom she only sees twice a year but has an active Facebook relationship with?  Or hell, how about any of the people on Facebook? 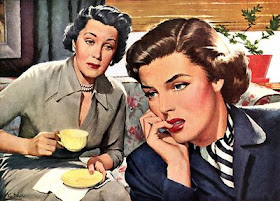 Social networking sites have actually helped men parse-out some of the complexities of networking -- not one of our native skills.  Google +'s circles and Facebook's endless methods of forcing more and more detailed information out of you about your relationships has let many men finally understand how social dynamics and social relationships can play a vital role in how things work.

Mrs. Ironwood and I have had occasion to discuss this topic at length, recently.  While we're both highly intuitive about the opposite sex, there are plenty of areas where we both need enlightenment.  During our recent troubles, I wondered what criteria she used to decide who got told and who didn't.  It was a fascinating display of social mastery in action.

The result of our discussion was helpful.  Gentlemen, pray attend.  When you "map" out your wife's place in the FSM, you shouldn't think grid . . . you should think concentric circles or nested spheres.


Put your wife in the center of the circle.  (That's where she sees herself, anyway). 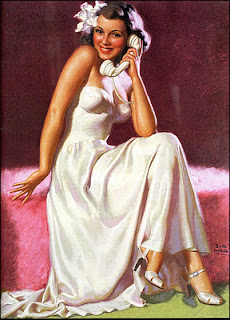 There is a level of familiarity and intimacy within the Grooming Circle that some men find startling.  For many women, sisters, daughters, cousins, aunts, and mother are included in this circle . . . but not all women feel that comfortable with the women in their families.  There's usually at least one best friend who lives close by, and probably someone at work or in the same building or neighborhood.  And there may in fact be women in your wife's Grooming Circle that she doesn't particularly like . . . but whose opinions and advise they value. 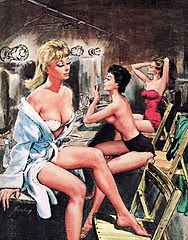 For our purposes, your wife's Grooming Circle are those people close enough to her to challenge her and share with her the most personal, intimate, and occasionally gross details of her life. There will usually only be a few, no more than half-a-dozen, but they are her closest friends and advisers on everything from men to shoes to retirement plans.  They help her bury bodies.  They bail her out of jail.  There are traveling pants and yah-yahing involved, and funky dances when they clean the kitchen after dinner and margaritas.  The Grooming Circle are the girls you invite to your slumber party after you break up with your boyfriend, the ones who become bridesmaids and godmothers, the ones who can tell you when yes, those pants really do make your ass look fat and your'e lucky your husband loves you anyway. 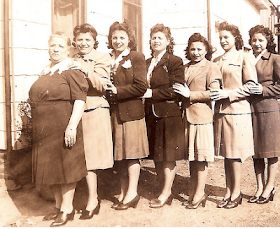 Just beyond the Grooming Circle is the Grief Circle.  These are the women with whom your wife shares her deepest sorrows.  These are the people to whom your wife can bare her soul and expose her emotions, the people she would call first for her husband's funeral or the loss of a career.  This circle is often marked by tragedy, but it isn't defined by it.  Usually (but not always) the Grief Circle is inclusive of the Grooming Circle, but there are notable exceptions to this.  Family is usually the majority of the Grief Circle, but close friends and long-time neighbors can be included.

Beyond the Grief Circle is her Gratitude Circle.  These are the people your wife would call with good news, such as a pregnancy or a graduation, but not people she chooses to share her more intimate emotions with.  These are the people she wants to appear happy and successful to, without revealing her troubles.  This is where the line between her inner and outer society begins to form, where her real social masks in the Matrix begin.  People in her Gratitude Circle are "friends", but they aren't friends.  They often include professional colleagues and clients, neighbors, family friends, distant relatives, favorite teachers, and other folks "in the tribe" but not "in the family". 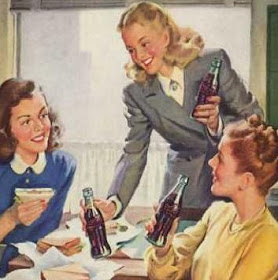 Beyond the Gratitude Circle is your wife's Greeting Circle.  These are the "friendly acquaintances", other neutral nodes on the network that do not automatically promise to threaten or benefit your wife's social position.  That doesn't mean that they can't be cultivated, and brought relatively closer to her at need, but they rarely know much about your wife that they can't learn on LinkdIn and Facebook . . . if they care to.  These are people whom your wife knows by reputation and sight, the other women in the PTA and the Scout Troop she hasn't gotten to know personally.

That's not to say that they won't pass judgement on your wife, and vice versa, just because they don't really know her.  Reputation is half of the gossip game, and any excuse to trash someone you don't really know is a great one.

Beyond the Greeting Circle is the Grapevine.  These are the hundreds of women your wife may know on sight, may know by name, may have waited on once in college, used to babysit for her sister, the woman who does her nails, the secretary at her gynecologist's office, her second-year college roommate who works at a daycare center on the other side of town, her ex-boyfriend's mother, etc.  They are not closely acquainted, they are barely even casually acquainted, but they are all willing participants in each-other's Grapevine.  This is where the unfiltered news comes from, the more outlandish and scandalous the better.  It's possible to get "news" from the agency of the Grapevine when the usual avenues of the inner-circles are, for whatever reason, unproductive. 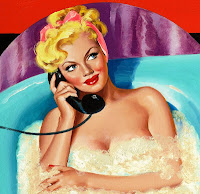 The Grapevine is constituted from the Common Woman motif: that all women everywhere share similar goals, ideals, aspirations, and passions, and using the Grapevine to avoid either operating without information or to escape accountability is justified to improve one's personal position in one's personal matrix: the Just Us Girls vibe.  The Grapevine is where the nebulous idea of universal sisterhood comes in . . . because the little bit of dirt you know about Sarah showing up to the party with a strange dude is HUGE news to, say, that strange dude's girlfriend.  The Grapevine has been used successfully against men in almost all societies.  Indeed, that is its stated purpose: to provide intelligence and dispositional reports from the field to those women engaged in courtship with a man.

Lastly, there is the Gratification Circle: the tangled network of tabloids, women's magazines, blogs, forums, soap operas, chick flicks, daytime talk shows, and celebrity gossip venues that constantly serve to inform a woman of her proper place in relation to everyone else.  The Gratification circle is what informs the Matrix, tells them what hair looks best, what heels look best, which causes are the most deserving, which men are the most alluring, and what that fucking ignorant SLUT on TV did right in front of the TMZ cameras -- and she has a baby!?!


The Gratification Circle provides the all-important social context within which your wife - and every other woman - lives her life.  It determines whether she's a slut, a whore, a virtuous mother, a wicked wife, a tramp, a provider, a bimbo, a diva, too emo for words, a basket case, a big hot mess, or a stunning paragon of feminine virtue just waiting to be eviscerated by her sisters. 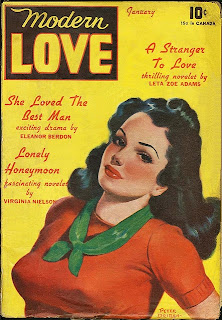 The Gratification Circle is where you go to talk shit about people you don't know and have never laid eyes on, to compare notes with other women over your common pursuit of social gratification via celebrity and scandal, and to arrive at a local general consensus about what a slut any particular Kardashian sister is.  It's where women retreat to feel better about themselves and their lives.  It's where they find fault with the "best" amongst them -- or at least the most popular.  The Gratification Circle is the whole of the the collective feminine subconscious, always ready to render judgement and go after the highest crab in the basket.

And that's the anatomy of your wife's Female Social Matrix.  Awareness and understanding of this matter can lead to HUGE improvements in your Game, and a far better understanding of why she says some of the crazy shit she does from time to time.  It's not something to fight against -- we can't, and shouldn't -- but it is something that we should be aware is constantly controlling their attitudes and compelling their actions, and what the implications are for us as men.