My post on the GFE was so popular, I thought I'd add another one in the same vein.  It's one of Mrs. Ironwood's go-to's, and yes, I got her permission to talk about it in abstract as long as I didn't go into too much detail. 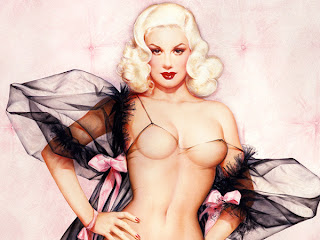 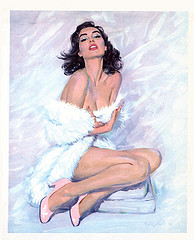 Now, every dude feels like he could fight dragons after a proper hummer, and if it's a real GFE, then he can fight really big dragons.  And I understand that the General Female Consensus is that if you're too free with that kind of thing, then He'll Start To Expect It, and It Won't Be Special Anymore (for the record, there might be some truth to the former, but not the latter.  Promise).  So if you're like most women, you do that sort of thing when you're either especially randy, especially giving, or as a heartfelt reward for your dude doing something appropriately amazing.

How amazing?  Well, amazing enough to warrant a proper unsolicited BJ from a grateful wife. 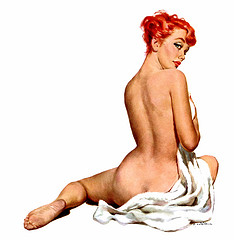 But in those rare cases where your dude went Above and Beyond, like for real, then Mrs. I recommends the Double Tap.

For instance if your dude wakes up in the middle of the night to help your sister move out of her abusive boyfriend's house, threatens said boyfriend, and then the next day finds her an apartment and a job . . . that's a candidate for the Double Tap.

If your dude painted the entire house while you were gone for the weekend, and still made it on time to two consecutive birthday parties with clean and well-dressed kids and appropriate presents, while also getting your tires rotated and oil changed . . . that's a candidate for the Double Tap.

When your dude drives 60 miles to go pick up your best friend's dog and take it to the vet because it wont stop throwing up -- even in his car -- and he even advances the money to the emergency vet because he knows your best friend is poor as shit but will pay you back and doesn't give you shit about it even once . . . that's a candidate for the Double Tap.


You can see where I'm going with this.  With great Husband, comes great responsibility.

And it's pretty simple in execution: the Double Tap is simply two wife-initiated BJs on two consecutive days, without announcement or precondition.  Yep.  That's it.  It's no more complex than that. 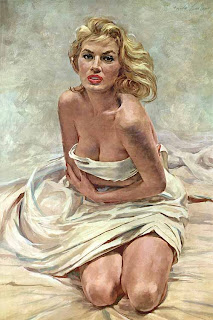 You might not understand this about male sexual psychology, but usually getting even one BJ is a cause for celebration in any dude's mind.  Getting two in close proximity is like Carnival.  Getting two on two consecutive days, and he starts planning out the temple to you in the back yard and composing odes to your womanhood.

Now, I'm fully aware that not all dudes are as sold on the BJ as most of us are, so feel to substitute the sex act of your dude's choice.  But the wife-initiated, suddenly-getting-two-blowjobs-without-even-asking-for-them-back-to-freaking-back, that's pure matrimonial gold.  That's the male equivalent of getting 2ct. diamond earrings or a $700 pair of heels.  That's the kind of thing that causes your husband to look at the nubile 25 year old at Starbucks and shake his head sadly, thinking, "sure, she's hot now . . . but she sure as hell isn't going to be as good as my wife was this week!" in his head.  Or, that's what he should be thinking.

Of course, the DT should be reserved for the proper occasion.  Simply mowing the lawn shouldn't qualify unless Hubby is a paraplegic or suffers from deadly grass allergies.  The Double Tap is his official Gold Star for those times when you shake your head and think "how on earth was I lucky enough to bag this one?"  It is a piece of wifely graciousness that can earn you huge dividends with your dude.

Like Athol says, only 30% of what you try out in bed is actually going to work for you.  But the Double Tap might just be in that 30%.  Hell, it's worth trying.

Trust me.  I asked your husband.  He said it was OK. 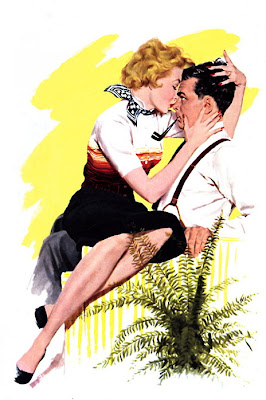