This was one of my earliest "Alpha Moves", and was born out of poverty and desperation as much as romance and lust.   After so many long, philosophical posts I figured I'd toss y'all a dating bone.

When Mrs. Ironwood and I first started going out, we were the typical poor college students living in a student hovel.  "Going out" meant the Wendy's Hot Bar (Wendy's had a hot bar back then) and drinking an embarrassingly cheap bottle of wine at home.

But after a few months the complacency had begun to set into our relationship, and I saw the need, even then, to inject a healthy dose of lusty romance into it to keep us both interested.  Fancy restaurants or theater being far out of our reach, I instead searched for some way to get her in a sensuous, romantic place for some serious no-one-can-hear-you-scream nookie, with accouterments, for less than fifty bucks.  After doing a little basic research, I figured it out.  In retrospect, it was a good Red Pill date moment, simple and elegant, but instructive.  And it made quite an impression.

I took Mrs. Ironwood on a midnight picnic. 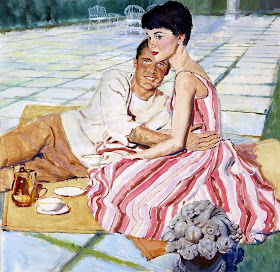 This took a bit of prep, of course.   I chose a late Spring, early Summer day, after the pollen but before the mosquitoes, and I carefully selected a secluded site.  Luckily we lived on the edge of the rural/urban interface, so finding a place far enough away from people to ensure privacy, yet close enough to keep it from being a chore to get their in the dark, wasn't that much of a problem.  Even then Mrs. Ironwood could trip over her own shadow.

The spot I selected was a long-abandoned horse pasture, still mostly fenced in, well behind the old stable.  It was at the far end of the pasture, which had been long-trodden and overgrown for years, and was now covered with moss.  It was quite meadowy.  Overhanging cedar trees provided both a screen for seclusion and a place to hang stuff -- and hang stuff I did.

This was the Age Before LEDs, so instead I used several hurricane lamps and candles, distributed around the blanket I pre-positioned.  I used the space behind a largish rock for a staging area, dragging a cooler and a boom box there and setting up both.  I borrowed a few wind chimes from my mother's back porch and hid them in the trees for effect.  I set up an unobtrusive cone of incense far back away from our picnic to keep from triggering her asthma.  In the cooler I added a selection of  three types of cheese, crackers, summer sausage, grapes, strawberries and sugar, wine glasses, cutting board, knife, corkscrew (OK, it wasn't screw-cap cheap wine, but close), a citronella candle, and napkins.  The boom-box was set up with a mix tape (!) of George Winston tunes, soft rock, and vocal Celtic music (which I didn't know at the time, but my future wife absolutely loathed).

The blanket was a wide, fluffy one spread out over a tarp.  I brought a few pillows along for comfort, and just in case of rain I pitched my pup-tent discreetly on the other side of the barn.  Then I threw another tarp over the blanket and made sure that the path from the parking area to the pasture was clear of twigs, branches, and garden gnomes. 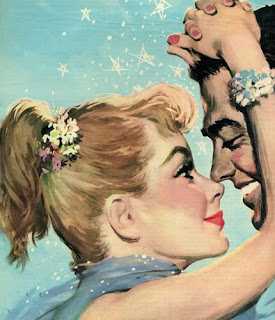 That evening, I knew the future Mrs. I was working until at least 9:30 (restaurant job), and since her car was broken down, I picked her up from work.  We had some small talk, smoked a cigarette, and were headed home just like a normal night . . . when I took a strange turn off of the road.

"Uh, where are we going?" she asked, a little nervously.

"This way," I assured her, as we crept down the dirt road.  She bit her lip and then suddenly started looking all over the back seat of my gallant college POS, an AMC Pacer.  The future Mrs. Ironwood had decided to date me, anyway.

"What?  What are you looking for?" I asked, confused.

"An axe, duct tape, chainsaw, garbage bags, that sort of thing," she said, cheerfully as she turned back around.

"Oh, relax," I soothed.  "If I was that kind of dude, I would have done that months ago and moved on already.  Those guys are poseurs.  I'm not that afraid of commitment.  Sorry, but you're in for years of torment ahead of you," I joked.  "Besides, you keep that kind of shit in the trunk."

"You don't have a trunk," she pointed out.  "So where the hell are we going?" she demanded, her nostrils flaring prettily.

"On a date," I said, even more mysteriously.  "Fairy land, maybe.  Relax, enjoy the evening.  It's a full moon," I pointed out.

She grunted an agreement, but still looked worried.  But excited.  I finally stopped the car in the middle of nowhere and then asked her to wait a few moments.  She wasn't thrilled with that, out in the woods, but I told her she could lock the door and leave the lights on until I returned, if that made her feel better, so she agreed.

I ran down to the meadow and took the tarp off the blanket, lit the candles and lamps, and turned the music on softly before returning to the car.  I was only gone maybe two minutes.

"What now?" she asked, through a barely-slitted window.  The door was still locked.

We were still new in the relationship, so I can understand her hesitation.  But she also knew I had gone to a lot of trouble, and I probably really wasn't a serial killer because those guys are always loner neat-freaks and I was a social slob.  So she got out of the car and reluctantly followed me.

I'd lit the first candle in the path just out of sight of the car, so when we turned the corner she saw it.  Her eyes lit up a little.  Seven more tealight candles later, and she was staring at the picnic I'd laid out, wonder in her eyes.

"My first date prospect fell through," I joked.  "And I figured you'd be my next easiest choice, emphasis on 'easy'," I quipped.  "Of course I did it for you.  Who else do I want to seduce by moonlight?"

"I'm sure you have a list," she mused, while looking around at all of the candles, augmented by the season's first fireflies.  "Ian, it's beautiful!" 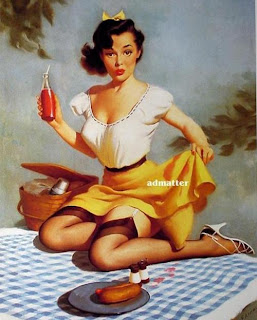 We sat down, ate the picnic, had a lovely evening to soft music and candlelight, and even managed to slow dance a little under the stars and the bright, full moon.  Then we proceeded to the sweaty bits several times before the bugs finally overcame the inherent romance of the moment and forced a late retreat.

It's been nearly 20 years since I did that, but whenever Mrs. Ironwood discusses "the perfect date" with my nieces and daughter, she brings that one up without fail as one of her top five.  I've repeated it several times since -- always an unexpected surprise, always well-planned and executed, with contingencies for everything from wild animals, sudden showers or wandering law enforcement officials well-made.  She says it was one of the most Alpha dates she'd ever been on, since she had no idea it was going to happen and no input into what we did.  As such, it was a very, very interesting, hopelessly romantic surprise that helped cement in her head the idea that she wanted to have my babies.

So consider trying this one out.  It's cheap, it's easy (and we're dudes . . . we LOVE "cheap and easy"), it's impressive, it demonstrates foresight and sensitivity as well as your ability to plan and execute a simple date that doesn't involve tipping or being anywhere at a particular time.  Consider doubling the picnic with a telescope to look at the moon, or schedule it during a meteor shower where you spend the evening making wishes on falling stars.

It doesn't have to be midnight, but the next time you're trapped watching Dancing With The Stars with your wife before she yawns and goes to bed, remember that you could be dancing under the stars -- and getting some nookie au natural -- instead. 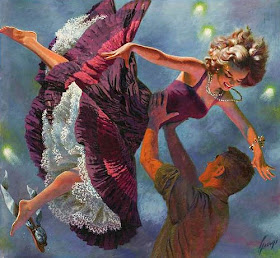