When it comes to music on a date, conventional wisdom says that Classic Rock or edgy Hip-Hop is your best bet if your goal is damp panties.  Personally, I find both a bit played-out, particularly Rock.  While that sounds blasphemous, the fact is that rock music is overtly sexual, with the pelvis-motivating back-beat encouraging primal responses and suggestive lyrics that leave no doubt as to what, exactly, the artist meant.  But there's no mystery in the slightest.  No intrigue.  No romance.  Rock is as subtle as a submachine gun.  Going to Rock music as the sound track to a date is trite and unimaginative.  Hip-hop, likewise.  And I despise Country music, no offense meant.  But Rock?  That’s like buying a cherry-red Camero when you turn 40: it's effective but so clichéd it’s painful.
Instead I turned back the clock and chose a selection of Big Band and Swing tunes, mostly with playfully teasing lyrics or sweet romantic music.  Now, you might be thinking “Gosh, that dude is White,” and you would be correct; but regardless of skin-tone or cultural background, Swing music has a lot to recommend it.
I listen to Swing a lot, since I tote my kids around every day.  Instead of blaring “Kids Bop” indulgently, like Mrs. Ironwood does, or letting them listen to modern pop music as the Niece habitually does, I prefer Swing music because the lyrics are squeaky-clean and the subject matter is usually straightforward “boy meets girl” stuff without any of the “Baby Lick My Love Pump” you get from anything produced after 1975.  As a result, my kids now can sing “Boogie-Woogie Bugle Boy” and “Chattanooga Choo-Choo” and a wide selection of Louis Prima, Frank Sinatra, and Bing Crosby.
I’m sure it will come in handy for them one day.  Don't ask me how.
There is a danger to playing Swing on a date, in that it reminds some women of their grandparents, which is not exactly “sex positive”.  On the other hand, the low-fidelity sound and the full orchestrations can set a romantic mood better than candlelight and Quaaludes. Had we been going somewhere casual, I may have gone with Delta Blues, Latin, or even Funk, but for Valabar’s the evening called for something classy.
Side Note: For those who feel that video games contribute nothing to our greater culture, please note that my current fetish for Swing comes from playing a game called Fallout 2, back around 1999 or so.  One of the great all-time classic post-apocalyptic games ever made, it began with a Louis Armstrong tune and maintained a retro 1950’s feel throughout the game.  More recently I played its much-evolved descendent, Fallout 3, which features an in-game radio station which plays a small selection of classic Swing tunes.  Since it’s customizable, players quickly added downloadable mods to the game, one of which was a delightful list of 1940s Swing music, most of which I’d never been exposed to in my Rock-saturated youth. Since that time I have explored the universe of Swing and come to appreciate it in a way I never would have expected.  So credit videogames with at least one important contribution to Western culture. 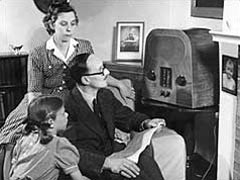 My playlist was carefully selected to inspire the right mood without doing anything to disrupt it.  I needed to stay away from the Andrews Sisters (whom I love but Mrs. Ironwood hates), but apart from that I had a lot of leeway.  So here’s the list I came up with, some (but not all) culled from Fallout:
1. Jazzy Interlude – Billy Munn (Fallout 3, a Swingin’ instrumental with an impressive fanfare, great way to start an eventful evening)
2. A Kiss To Build A Dream On - Louis Armstrong (The original Fallout 2 theme song, as poignant and romantic a tune as you could ask for, sung by one of the most expressive voices ever)
3. Daddy - Julie London's version - the Entitlement Princess' themesong, played playfully to tease my ordinarily low-maintenance wife.  She's about as opposite to this song as you could ask.
4. Jump, Jive & Wail - Louis Prima version, although Brian Setzer's is perfectly fine.  A good, peppy sort of swing tune that makes you want to jitterbug.
5. Wonderful Guy - Tex Bernake & Margaret Whiting (Also from the Fallout 3 soundtrack, and before that from South Pacific.  The perfect paen for a woman enjoying her man.
6. Nothing's Too Good For My Baby - Louis Prima & Keely Smith  An outstanding, playful and romantic duet about how much fun it is to be married.  No, really.
7. Way Back Home - Bob Crosby.  The master of nostalgia sings one of the most nostalgic songs in history.  Another fine Fallout tune.
8. Hey Girl - Louis Prima & Keely Smith Another playful, romantic duet.
9. Sing Sing Sing -Benny Goodman, sung by Louis Prima.  The classic Swing anthem.
10. Gone Fishin' - Bing Crosby & Louis Armstrong.  Another classic duet between two masters. And it perfectly described the escapist element of the evening.

The soundtrack got the evening's mood set properly: elegant, sophisticated, classic.  The pre-feminist playlist helped get my woman's mind back to a mystical time when women were all demure and eager to be attractive and men were strong, quiet, and manly.  The Fedora Age.  It provided the appropriate level of phonic foreplay during our drive out to Valabar's.
We talked about a lot of things, held hands, and made out at the occasional stop light.  And when we arrived, a few minutes before our reservation time, we had a chance to relax, smoke a cigarette, and listen to the kind of dreamy tunes that seduced our grandmothers and great-grandmothers, back when Nazis and Commies were the bad guys and divorces were as rare as jet planes.
It was nice, and Mrs. Ironwood made a point to compliment me on my excellent selections.  They were like a long playful tease the entire way there, coupled with stolen kisses and brazen innuendo.  When I got out and helped her back into her coat, we even danced a moment in the parking lot before I took her by the hand and pulled her towards the barn-like structure that smelled so good.
Seduction Buff: SR +1
Next: Phase V Dinner
Posted by Ian Ironwood at 10:30 AM